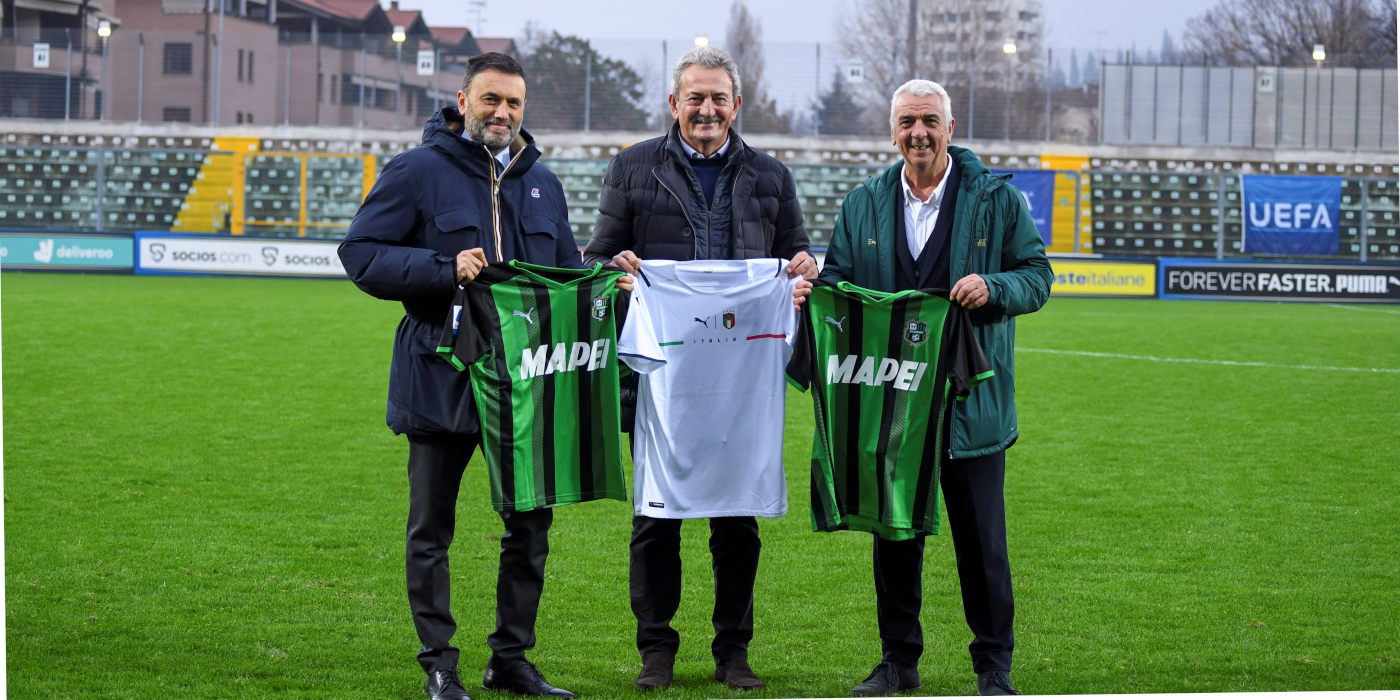 Italy U20, Stadio Ricci the perfect stage at international level

The Enzo Ricci stadium in Sassuolo, thanks to an impeccable playing field despite the rain in recent days, was the perfect stage for the splendid victory (7-0) of Italy Under 20 against Romania in the “8 Nations Tournament”. The match was broadcast live on Rai Sport.

The sportsmen and women of Sassuolo and elsewhere responded well to the call of an international event, registering more than 500 people in the stands.

At the end of the first half there was an exchange of gifts between Sassuolo Calcio and FIGC. President Carlo Rossi, together with the Municipal Administration of Sassuolo were thanked and acknowledged by the head of the Under 20 National team’s delegation, Evaristo Beccalossi.

(In the picture from the left, Andrea Fabris, Carlo Rossi and Evaristo Beccalossi).