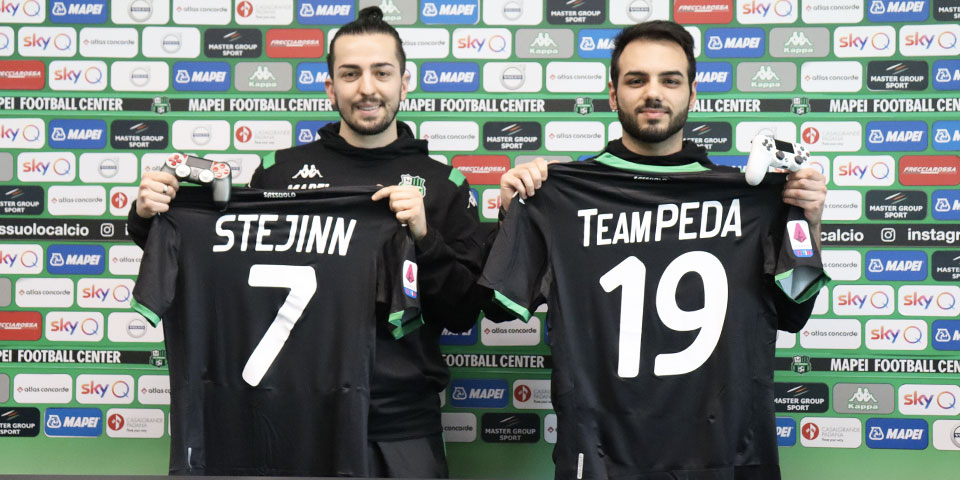 The Serie A lands in the world of eSports, in fact the first official competition of video games with a football theme is born. Among the teams of the top division that will face each other with joysticks there is also Sassuolo.

Each registered club will have four video-players in its team who will represent the Club on the virtual playing field: the players will compete in two different championships at the end of which the first two champions in the eSerie A TIM history will be crowned.

With the group stage of eSerie A Time starting soon, Sassuolo Esports presents its first two official ePlayers: the two black&green champions of virtual football are Stefano Segatori aka Stejinn7 and Pietro Lorusso known online as TeamPEDA. The two guys have been selected thanks to the collaboration with “eSports Academy“, a point of reference in the sector.

Stefano, born in 1994, is from Rome and despite his recent professional career, he has already reached important milestones and deserved to be called up in Coverciano to be part of the eNational team.

Pietro, from Cuneo and born in 1999, has been competing for longer, and has distinguished himself within the virtual world for his results and style of play, making intensity and offensive propensity his main features.