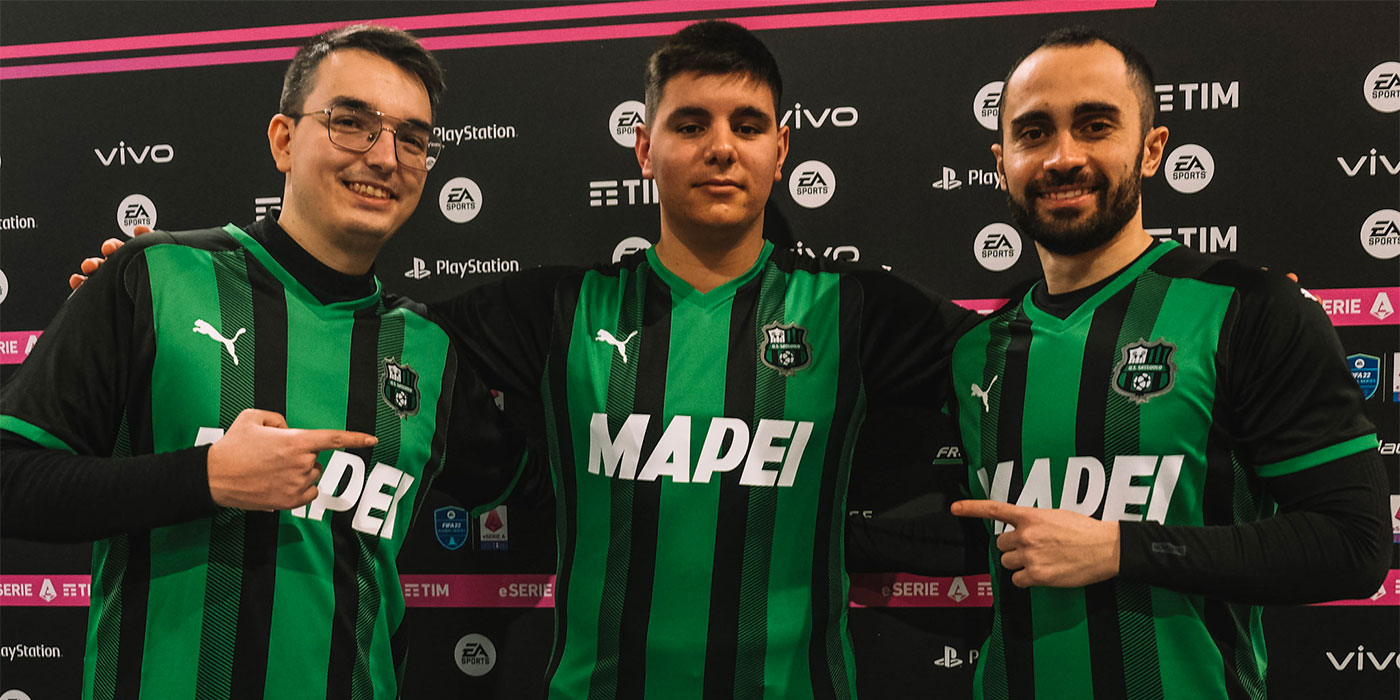 SASSUOLO ESPORTS | THE 2022 TIM ESERIE A KICKS OFF!

The curtain rises on the Group C of the eSerie A TIM 2022! Sassuolo eSports is finally ready to take the field in the virtual Italian championship.

The second edition of the eSports tournament organized by Lega Serie A, exclusively on FIFA22 and on the PS5 platform this year, includes 15 clubs divided in three groups of five teams. Sassuolo eSports will play in Group C of the Regular Season, where they will try with their pro players to achieve the goal of the “Winner Bracket” to get the best possible position for the Playoffs to be played on March 22-23. As per the rules, the first two of each group, plus the two best third of this phase, will be admitted to said playoffs.

Among the players there will be Simone “Figu7rinho” Figura: with several official eSports events under his belt, he is one of the most experienced pro players in the Italian FIFA community. After the qualification to the FUT Champions Cup in Bucharest, the appearances in the eNational FIGC on FIFA20 and the TOP 9 in the eChampions League on FIFA21, he will try to show his skills at his debut in this competition. Elio “Skloppa” Cirillo and Thomas “TWW_Nemesis” Farinato will also be by his side in the squad. For the black&green ambassador this is the second participation in the eSerie A TIM championship while the young drafted gamer will make his debut at a live event.

The black&green team will start their tournament facing the vice-champions of the last eSerie A TIM. Genoa CFC Esports of Gabriel Llaho. Below are the teams included in the group and the related calendar:

In addition to the updates on our social media channels you can follow the two days of Regular Season on the official Twitch channel of eSerie A TIM, live from 4 pm.

Click here to support and cheer for the black&green video gamers.