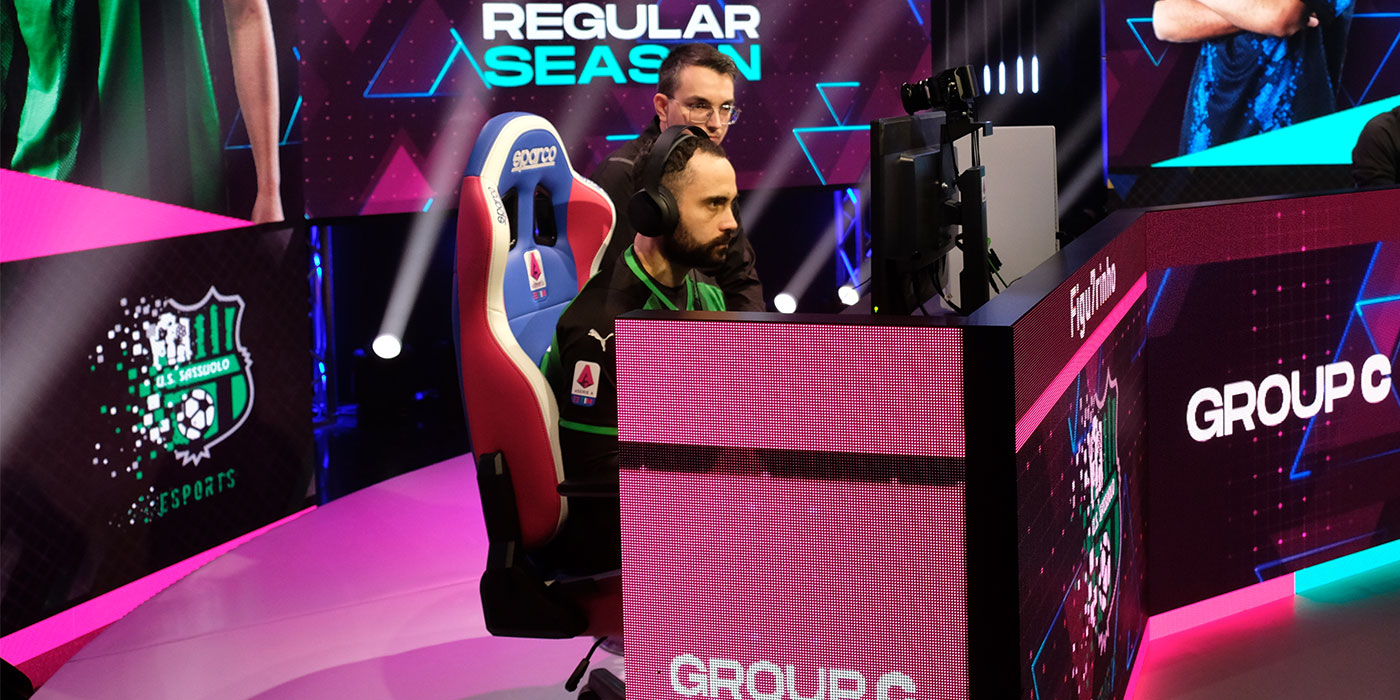 Sassuolo eSports | The Regular Season of eSerie A TIM 2022

Playing in Group C of the eSerie A TIM 2022, Sassuolo eSports has kicked off the two-day championship with the following players: Simone “Figu7rinho” Figura, Elio “Skloppa” Cirillo and Thomas “TWW_Nemesis” Farinato.

There have been two days of intense emotions in Milan with a path marked by some difficulties in the gameplay. After the games against Genoa, Inter, Empoli and Salernitana, the black&green ambassador “Skloppa” – guest of the “Mixed zone” show on eSerie A Twitch channel – told and tried to analyze the path of the team in this Regular Season.

Now the pro players will have about two weeks to recharge their batteries in view of the Playoff phase of the eSerie A TIM, already scheduled for March 22-23. Today’s draw has also established the return of Sassuolo eSports in the two-legs fixture against Udinese Calcio. The black&green team will need a total of two victories to gain access to the Final Eight in April.