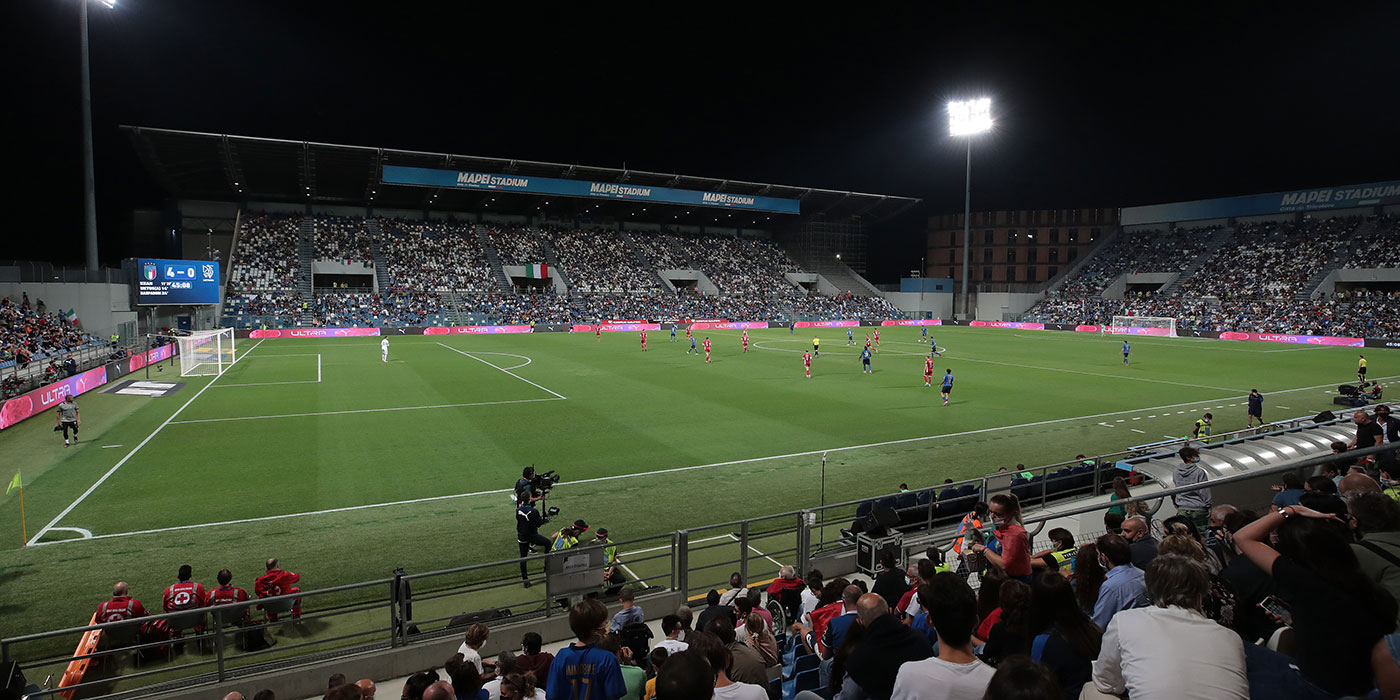 It was a perfect evening at Mapei Stadium for the Italian national team and the black&green players who played the match against Lithuania: the match, qualifier for the 2022 World Cup in Qatar, ended 5-0 for Italy in front of 11,000 spectators (sold out).

In his first match as a starter, the black&green striker Giacomo Raspadori scored the 2-0 goal (a left-footed shot deflected by Utkus) and the 3-0, celebrating his first goal with the Azzurri jersey in front of his home crowd. A night he will not forget: “It’s hard to realize what happened. It was a beautiful moment, because it happened in the stadium of the team where I grew up, in front of my family. Mancini told me to have fun, to seize the opportunity, which for a youngster like me is the most important thing”.

A match full of emotions also for Gianluca Scamacca, who made his debut with the first National team, coming on at 61′. Domenico Berardi came on at 73′ for an azzurro-black&green trident that made all Sassuolo fans dream.

Mapei Stadium once again proved to be a lucky stadium for the Italian national team.

Hereafter the photogallery of the evening (pictures figc.it) 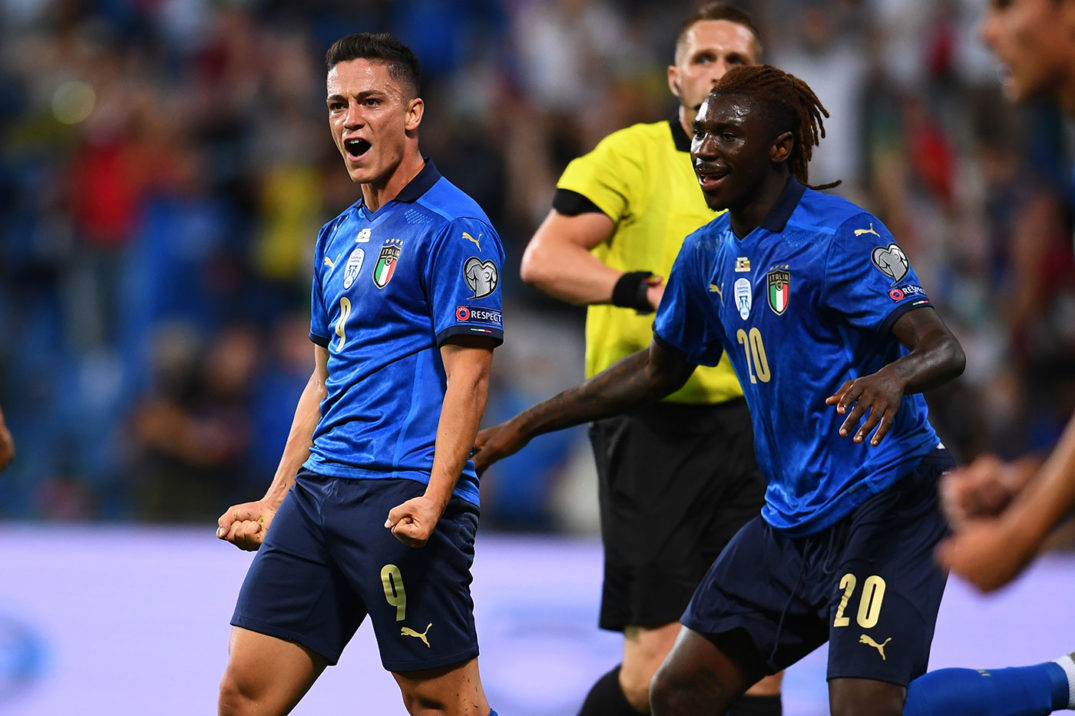 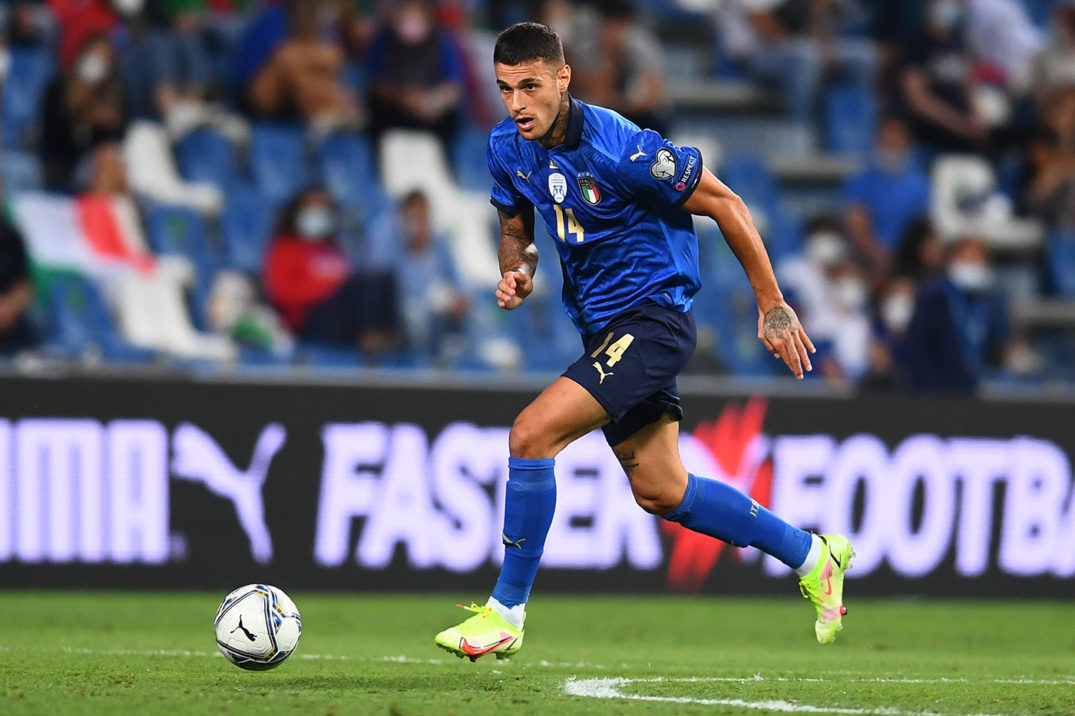 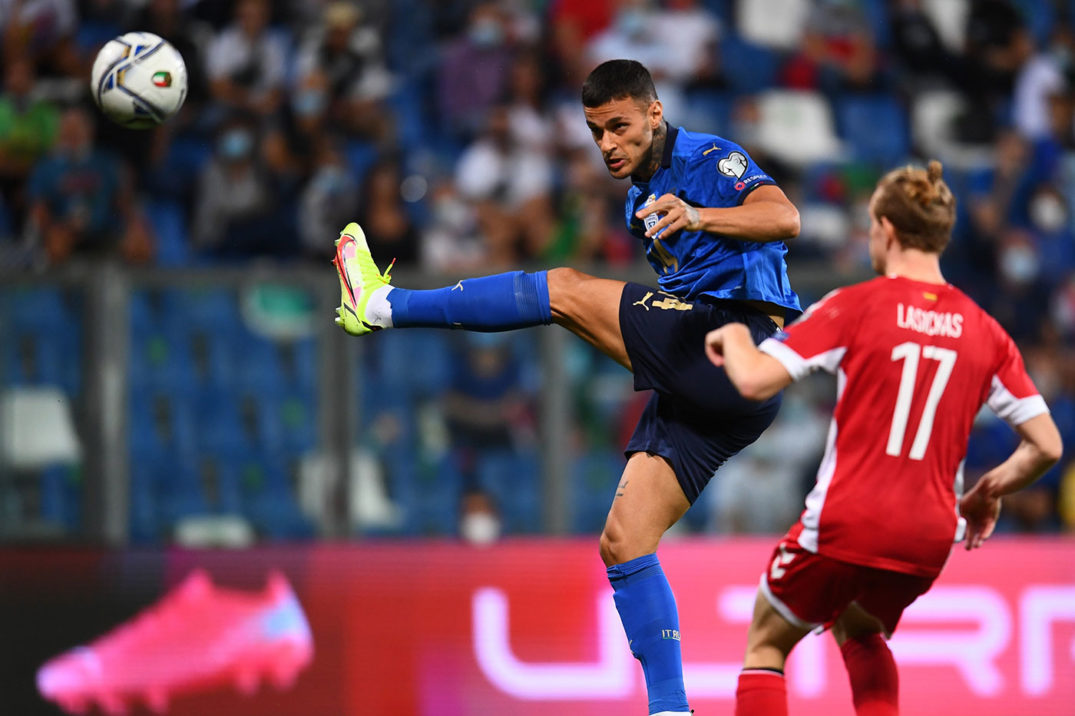 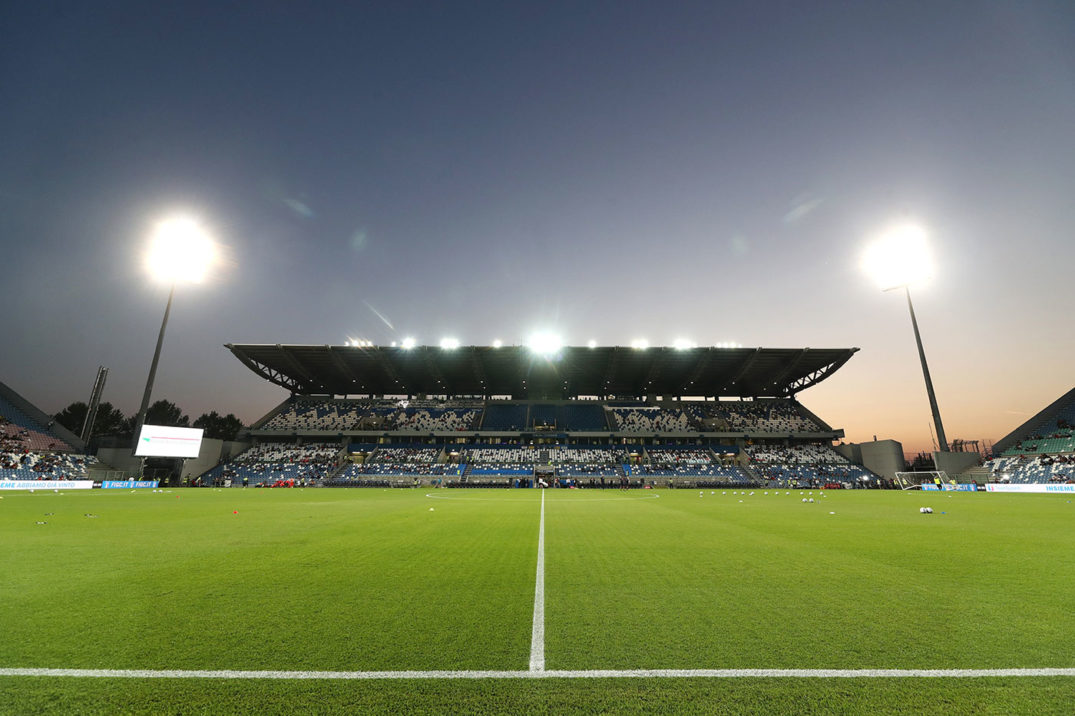 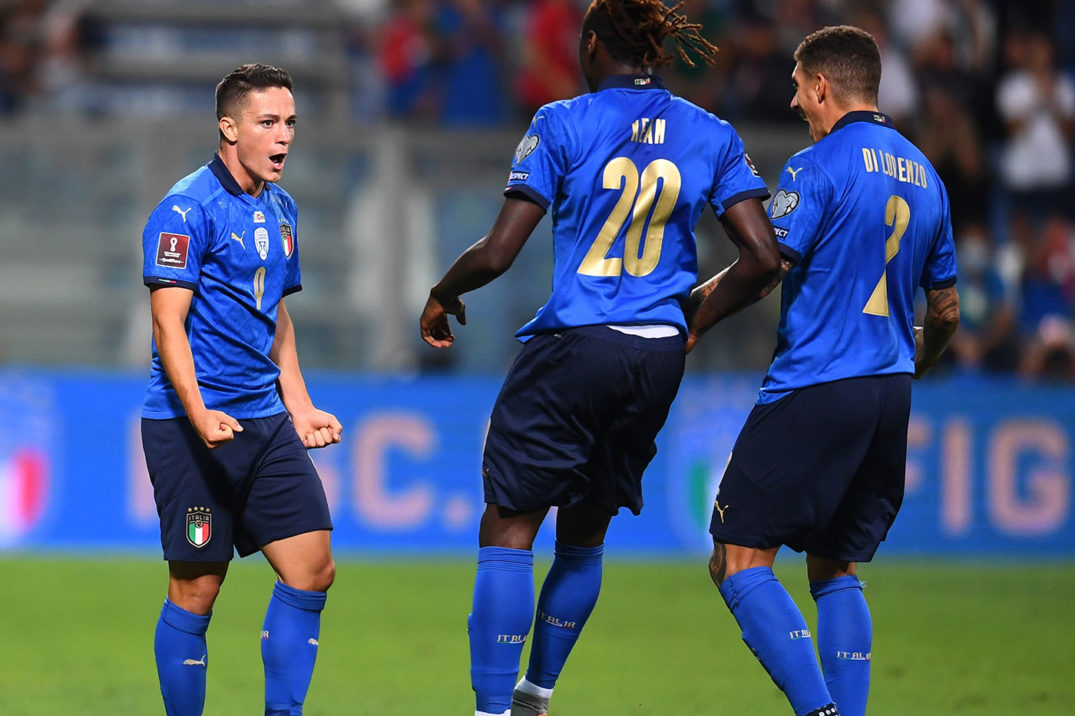 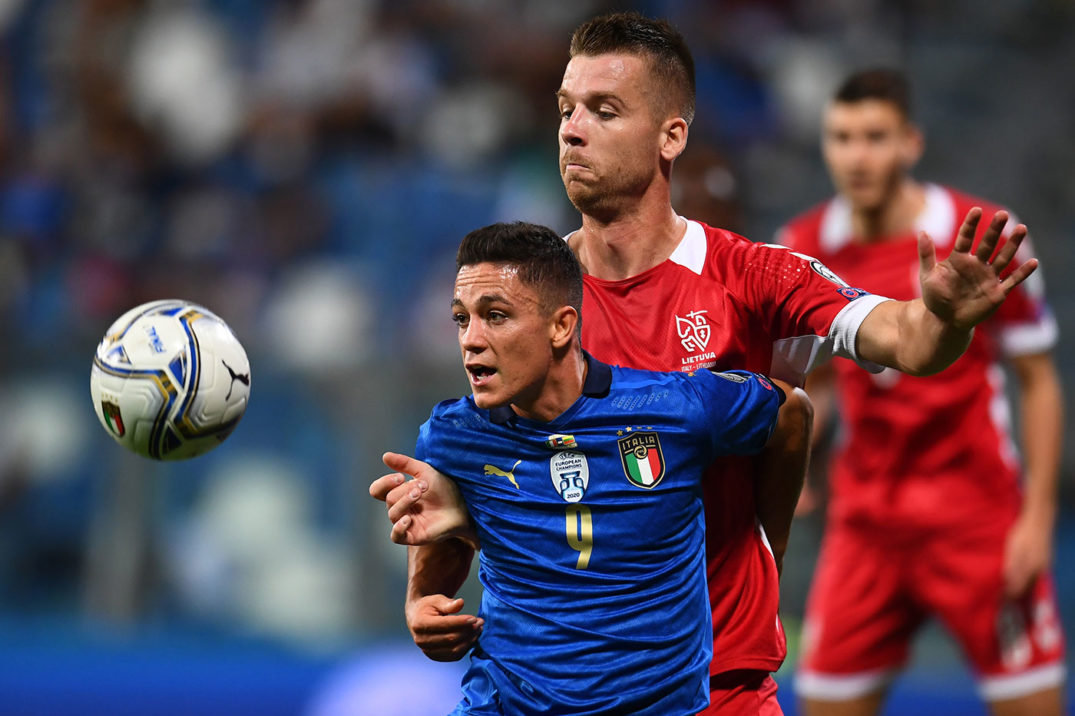 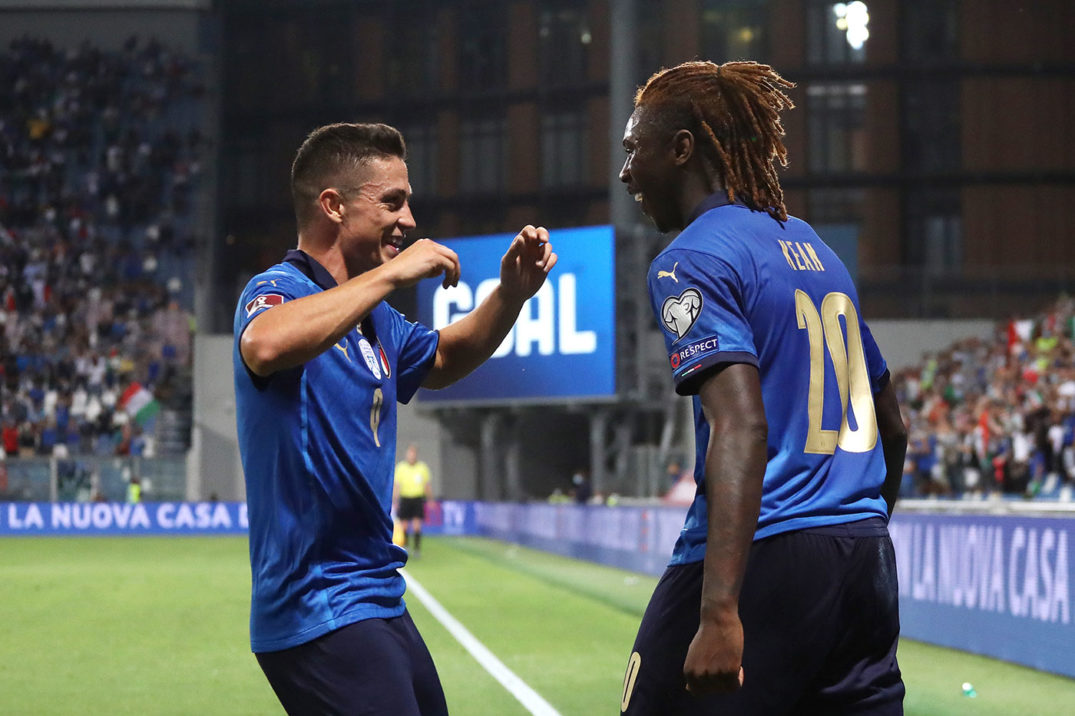 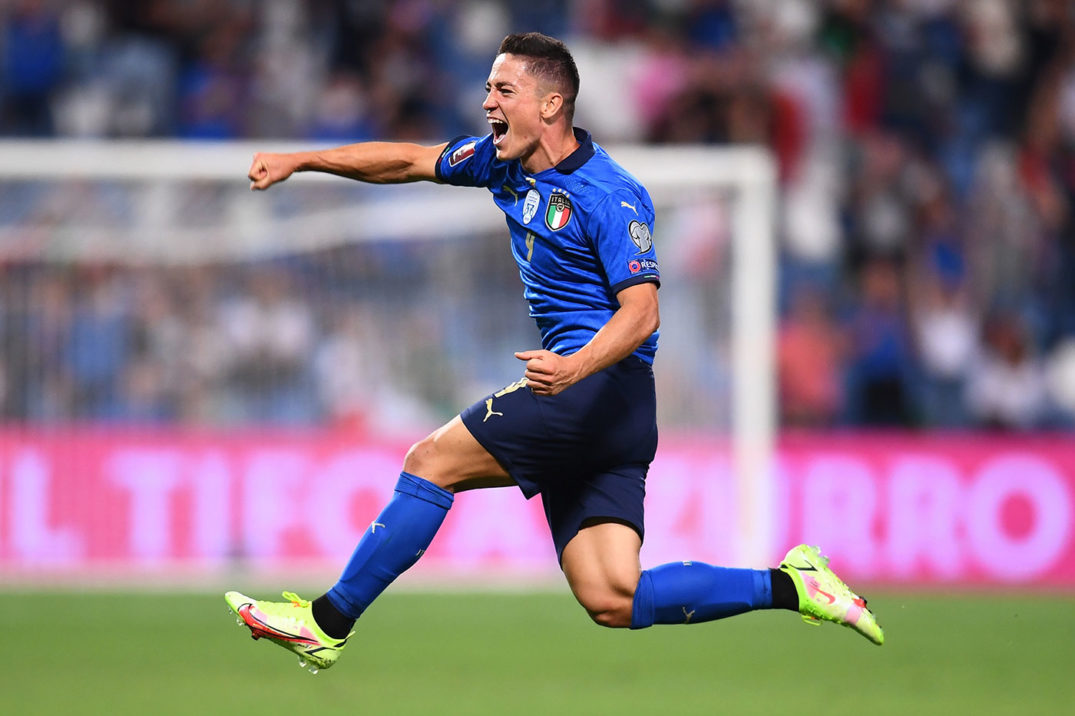 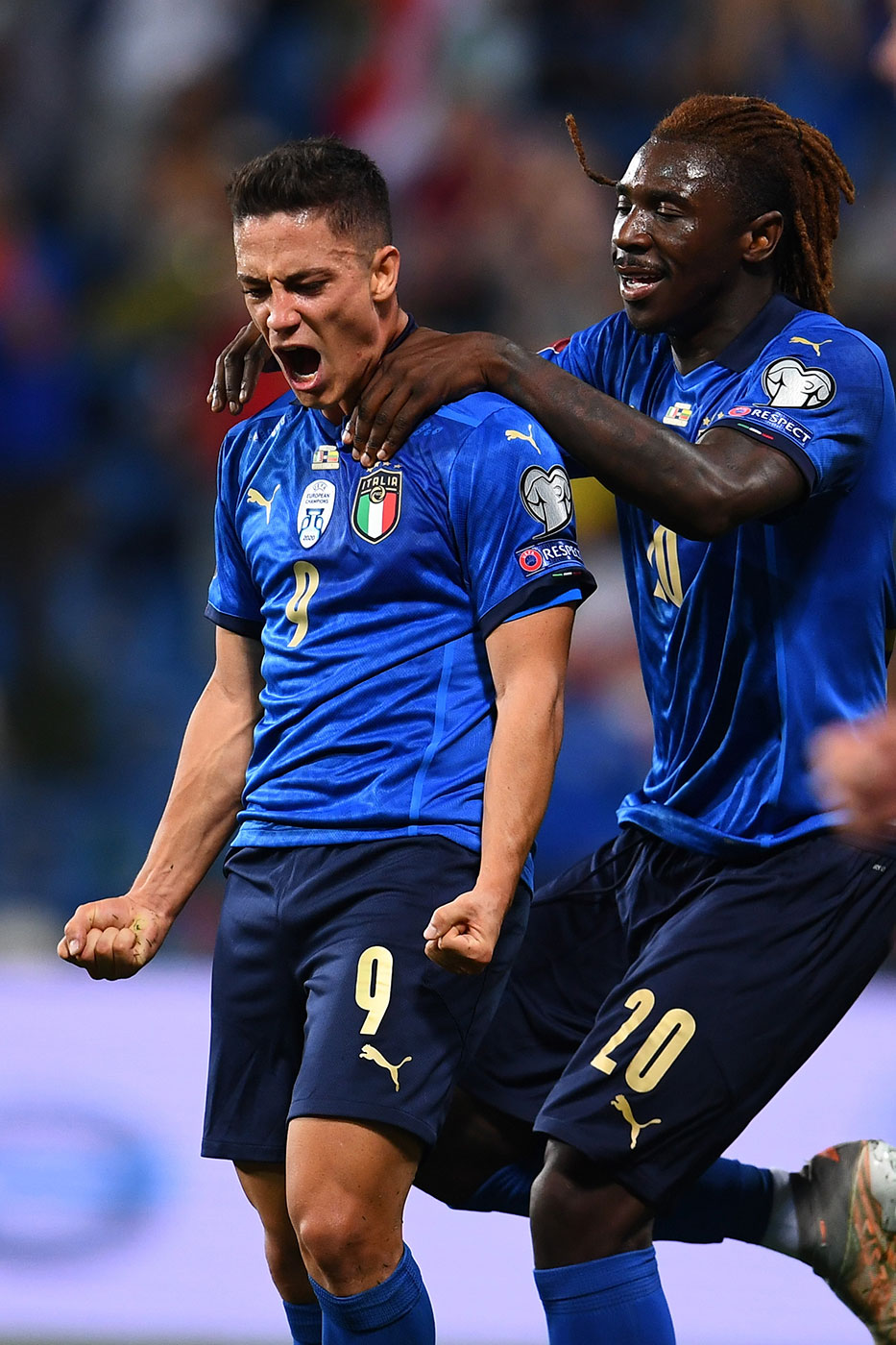 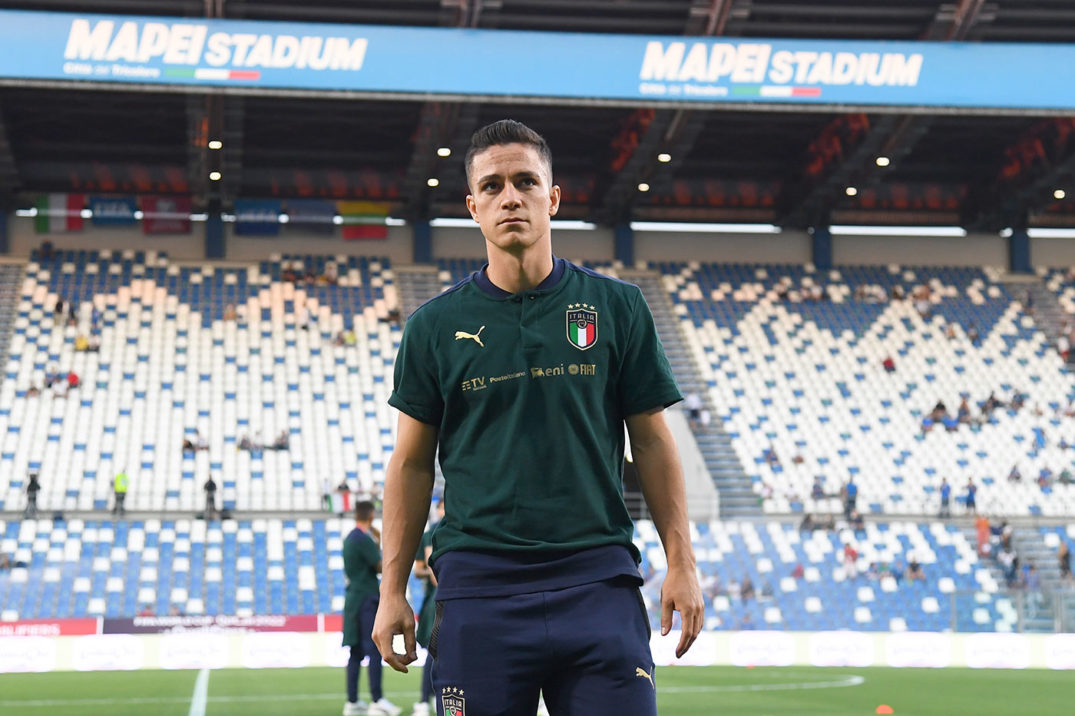 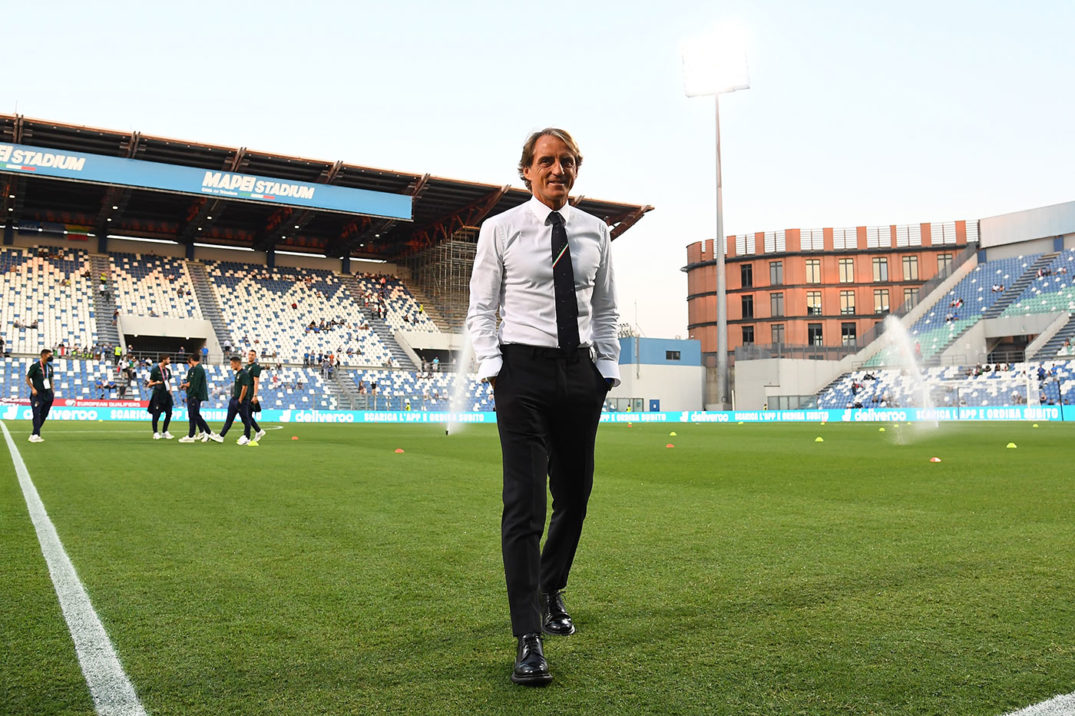 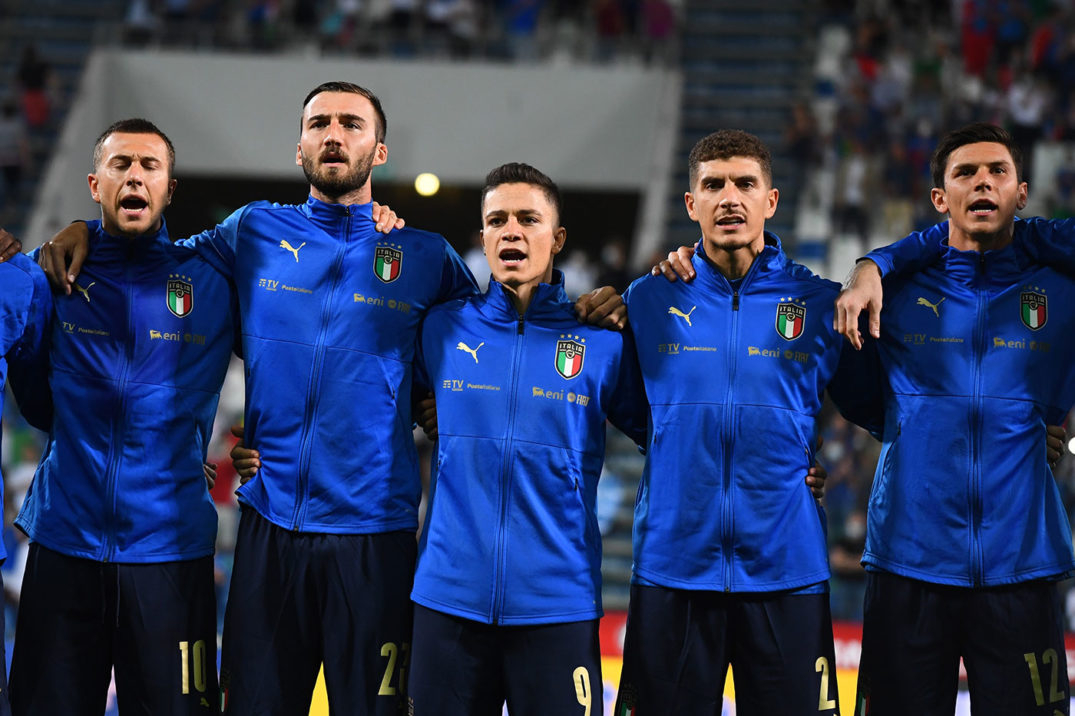 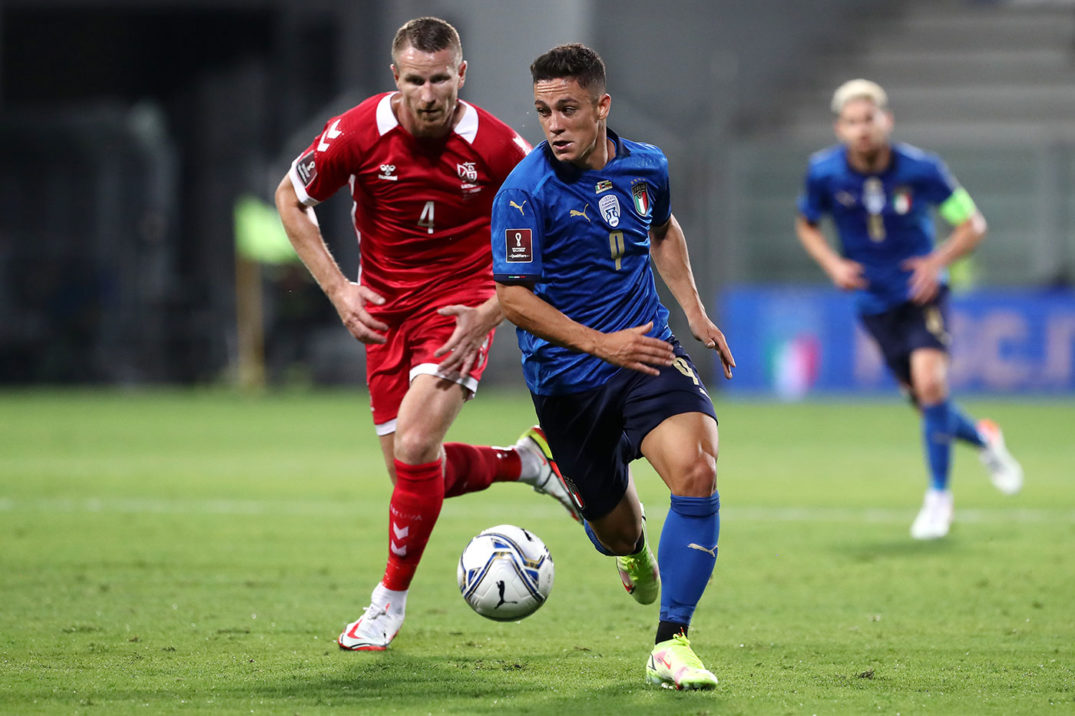 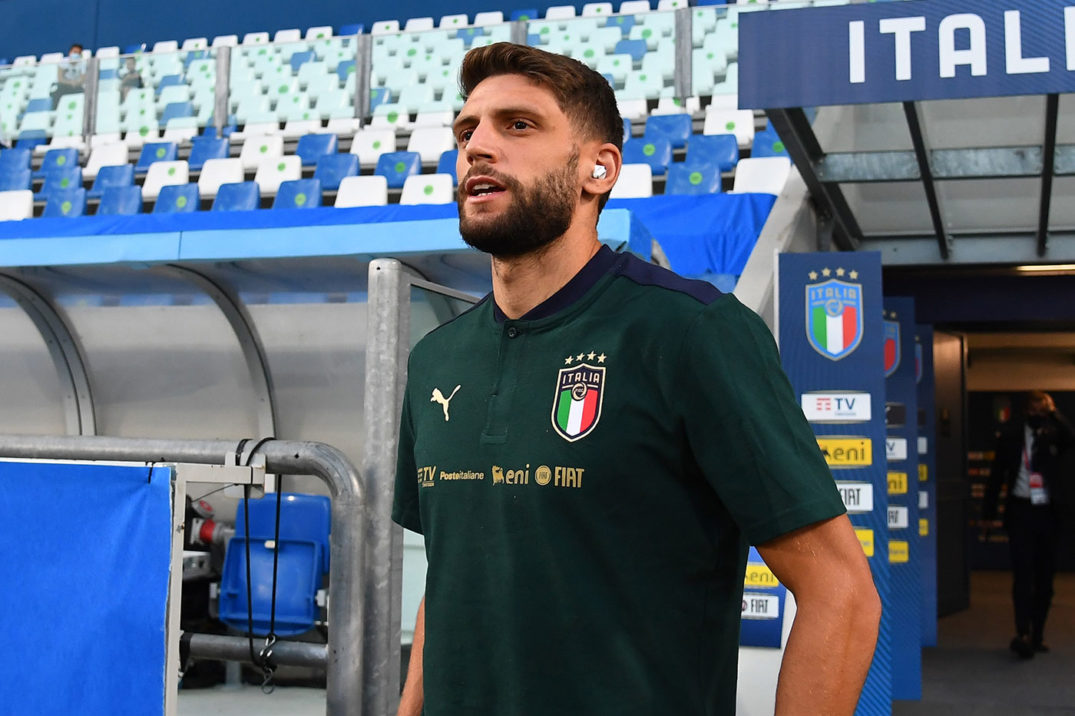