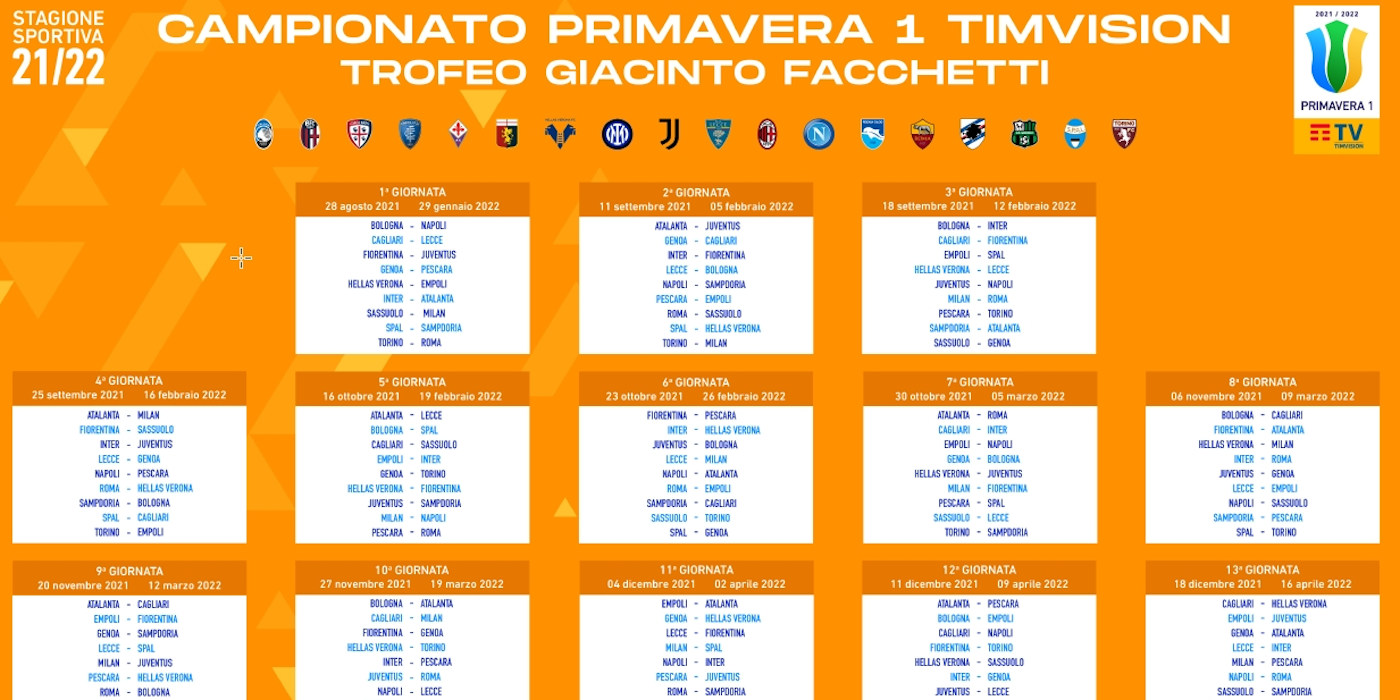 The calendar of the Primavera 1 TIM VISION “Trofeo Giacinto Facchetti” Championship for the 2021/2022 season has been announced today.

Coach Emiliano Bigica’s team, who will play their home games at Ricci Stadium, will make their debut at home against AC Milan over the weekend of August 27/28. Just after the international break on September 11, the first away match against Roma will take place.

The comment of the black&green manager Emiliano Bigica: “First of all it will be the first Primavera league with 18 teams, two more than in the past, an even more exciting tournament, at the same time difficult and getting closer and closer to the professional leagues. We’ll start immediately with a high-level game: Milan, in addition to their fame, also represent one of the best youth sectors in Italy, then two very complicated matches, the away match against Roma and the home match against Genoa, two teams that were the finalists for the Under 18 Italian title last season. And then Fiorentina in Florence, a team that will certainly have ambitions and a desire for redemption after a less than brilliant season. A tough start, but then again, so will the whole championship. The end with Juventus and Atalanta, two teams that will certainly be among the favorites, will also be tough”.