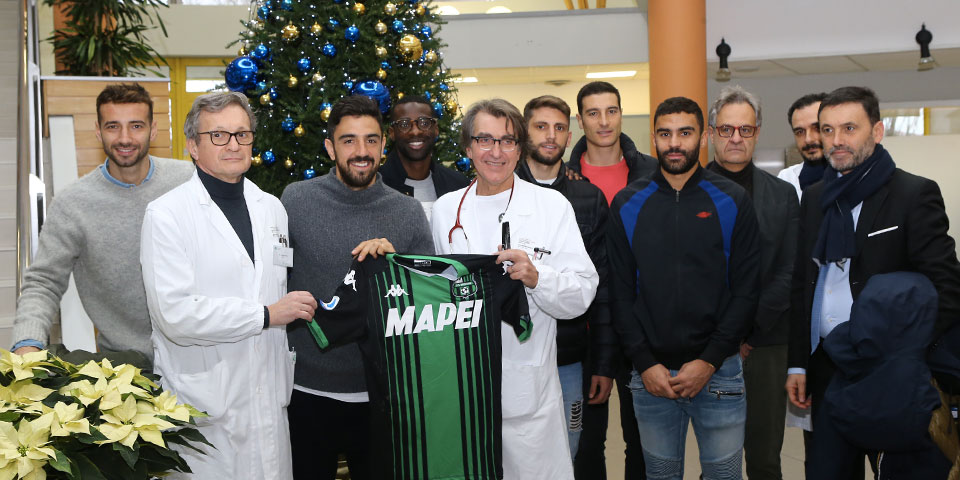 It’s black&green Christmas for the Pediatrics Unit of Sassuolo’s Hospital. This morning, in fact, a delegation from Sassuolo Calcio, composed of Francesco Magnanelli, Domenico Berardi, Pedro Obiang, Gregoire Defrel, Federico Peluso and Gian Marco Ferrari, together with the Secretary General Andrea Fabris, visited the children hospitalized in Pediatrics. The black&greens were accompanied during the tour by Dr. Claudio Rota and spent some time with the young patients bringing also some nice gifts.

The initiative, which brought many smiles and a nice moment of serenity to the young patients and their parents, also had a charitable purpose as the club, together with the players, decided to donate to the unit of the city hospital a sum aimed at purchasing an innovative equipment for neonatal resuscitation, the “Lifestart Trolley“, an advanced tool that will allow a major advancement in resuscitation procedures in the first moments after the birth of children.

This confirms and strengthens the collaboration between our Sports Club and Sassuolo’s Hospital, an excellence of our territory, which has always been close to the youngest and most vulnerable. 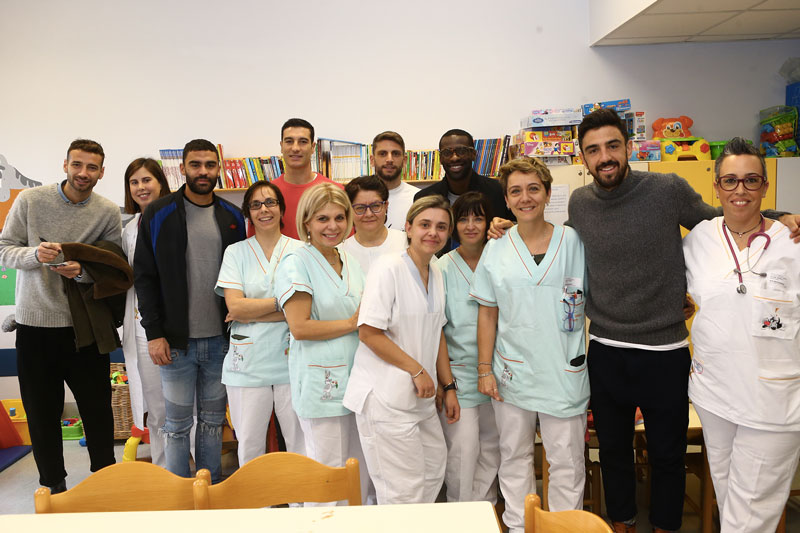 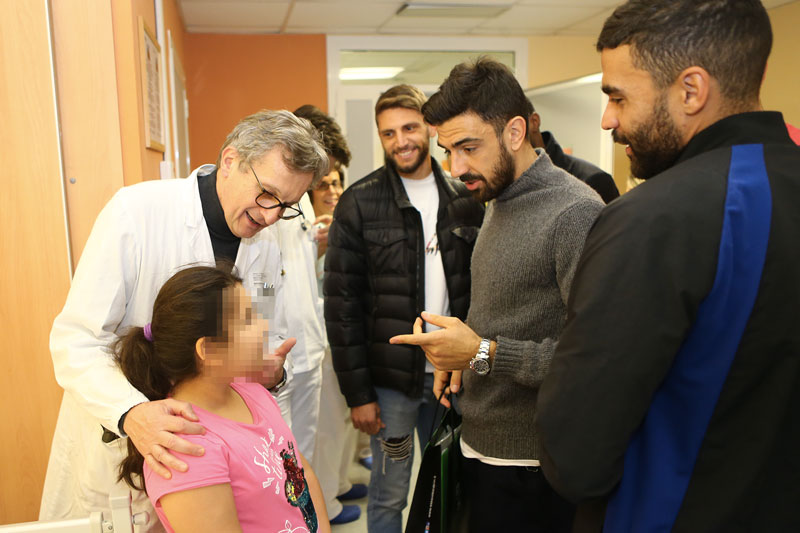 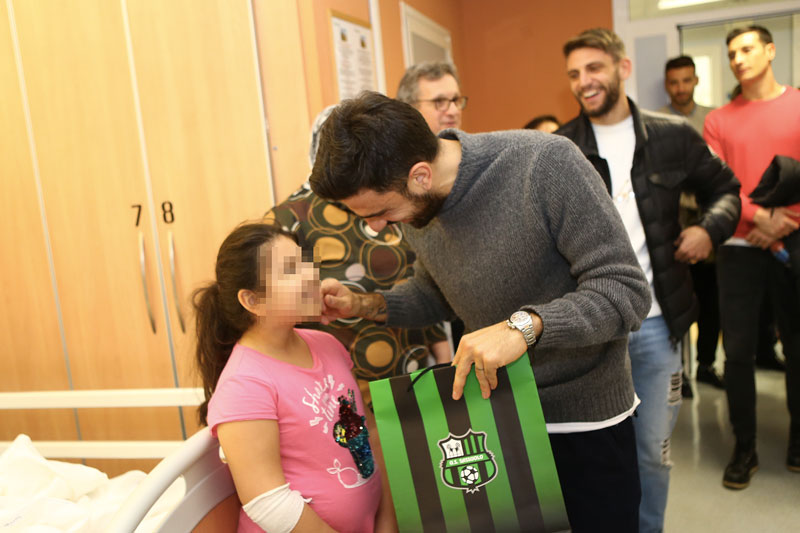 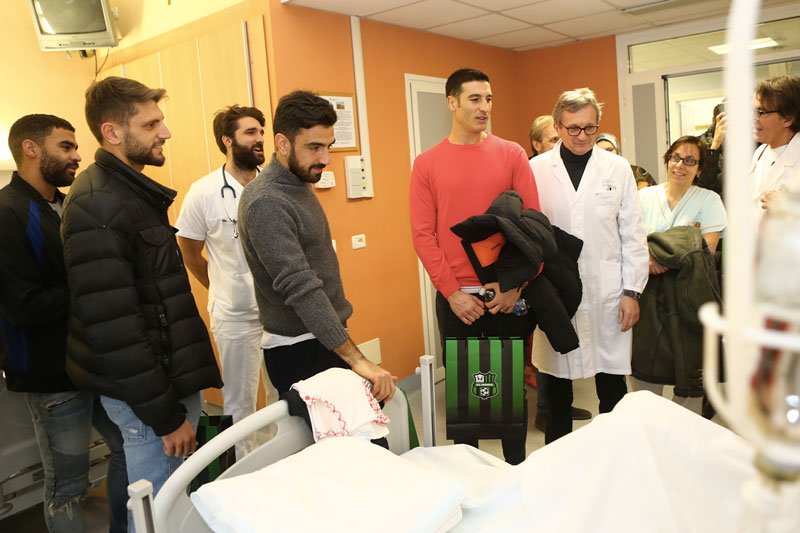 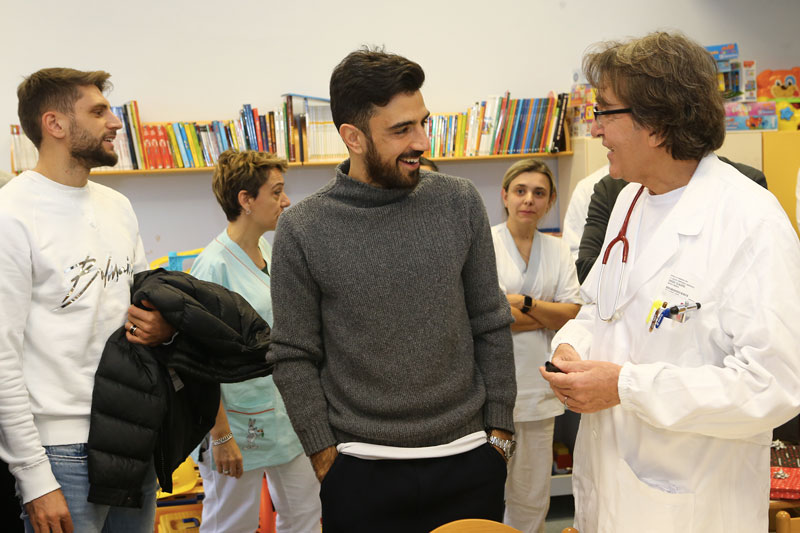 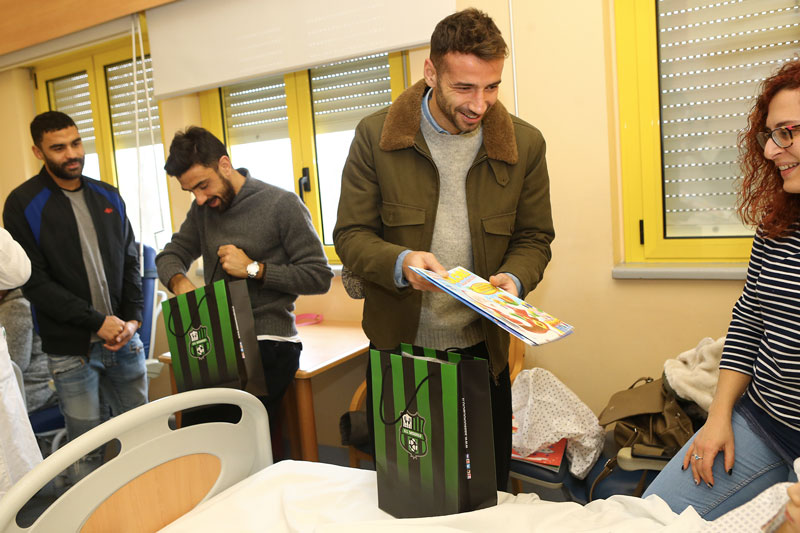 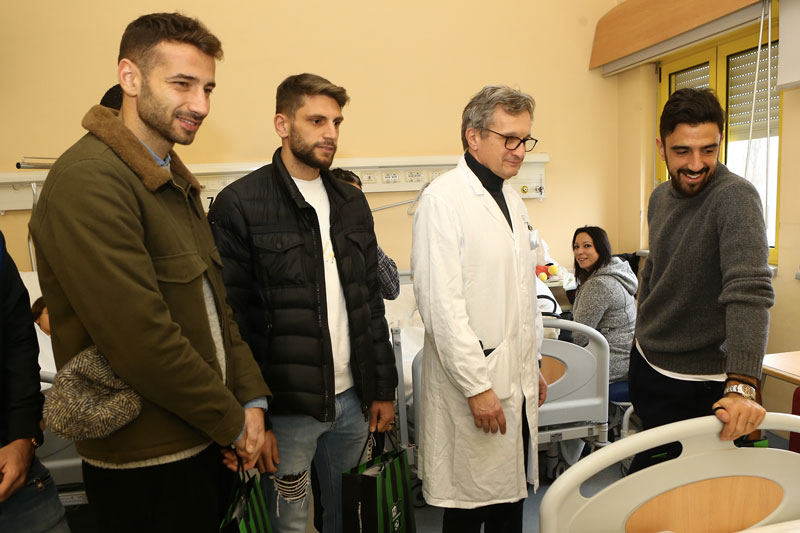 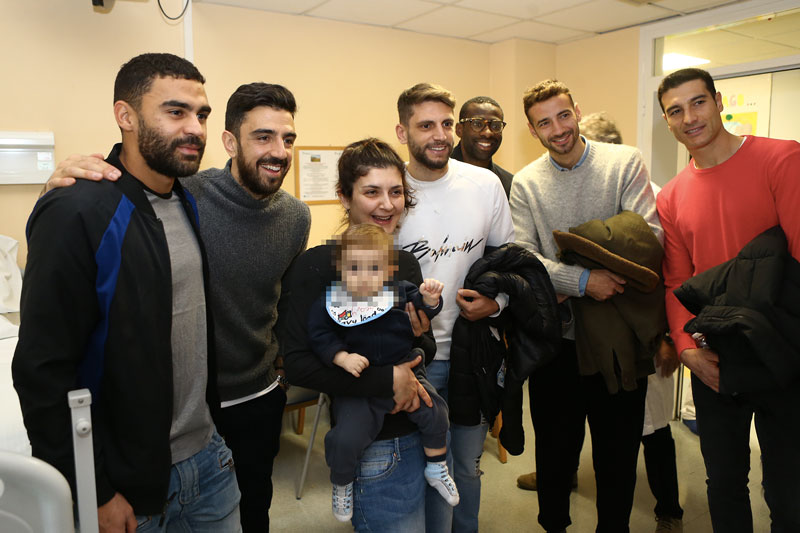 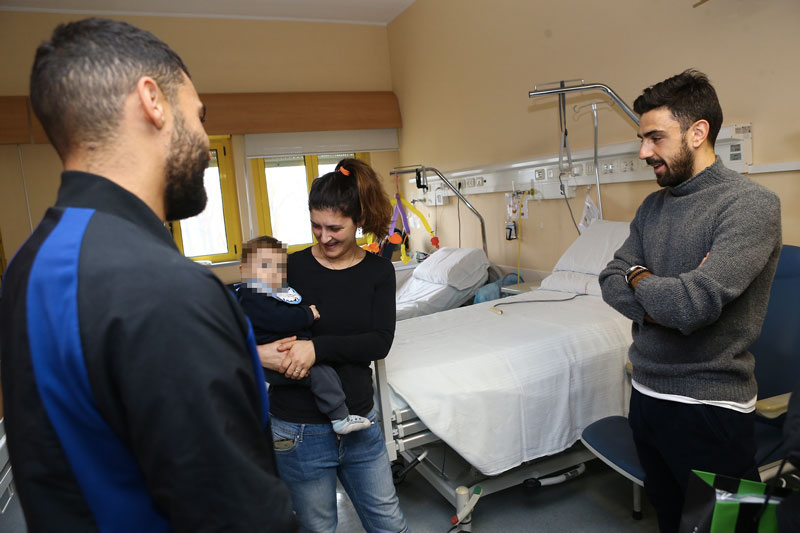 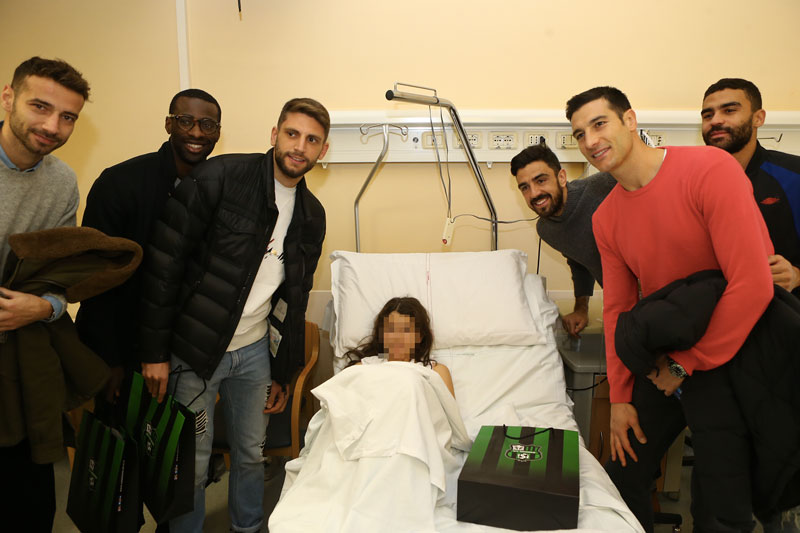 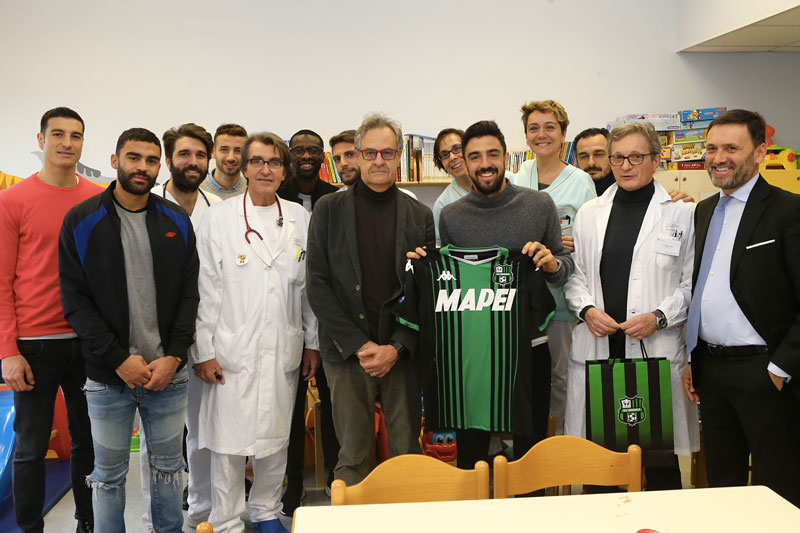 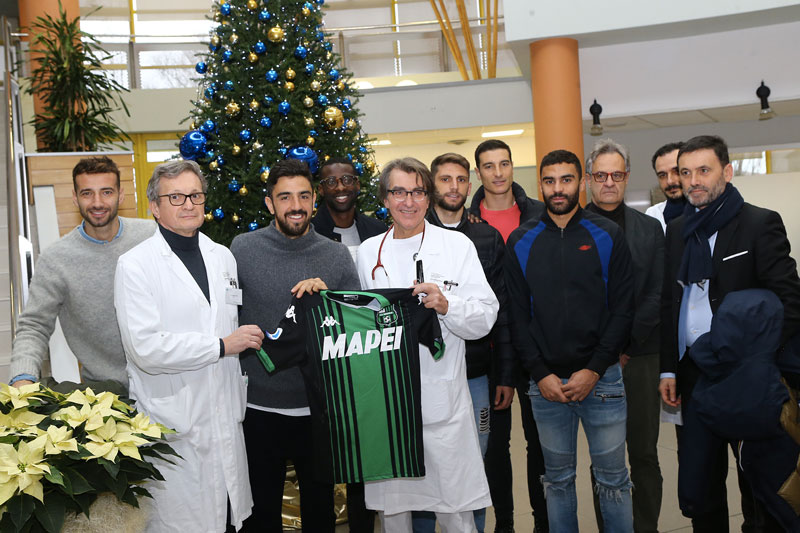 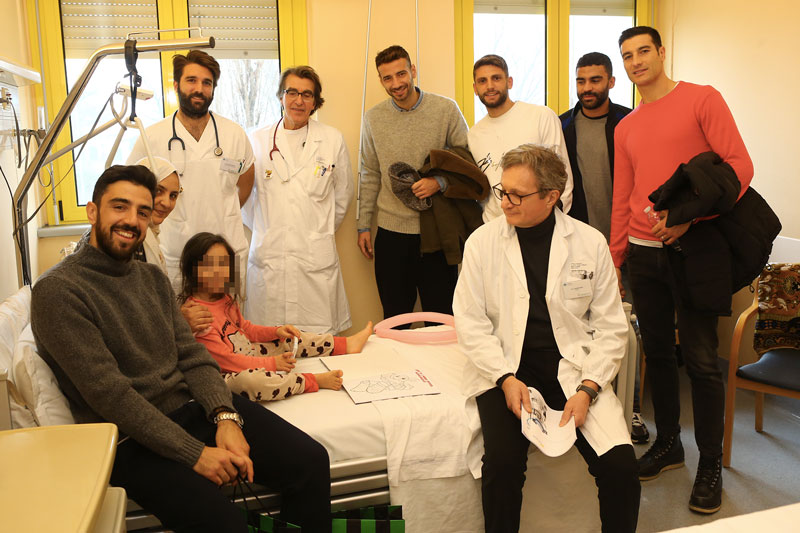 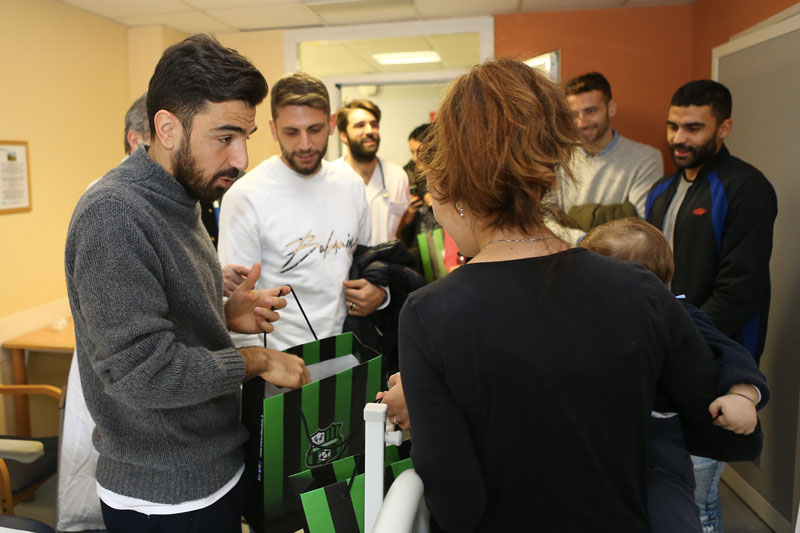 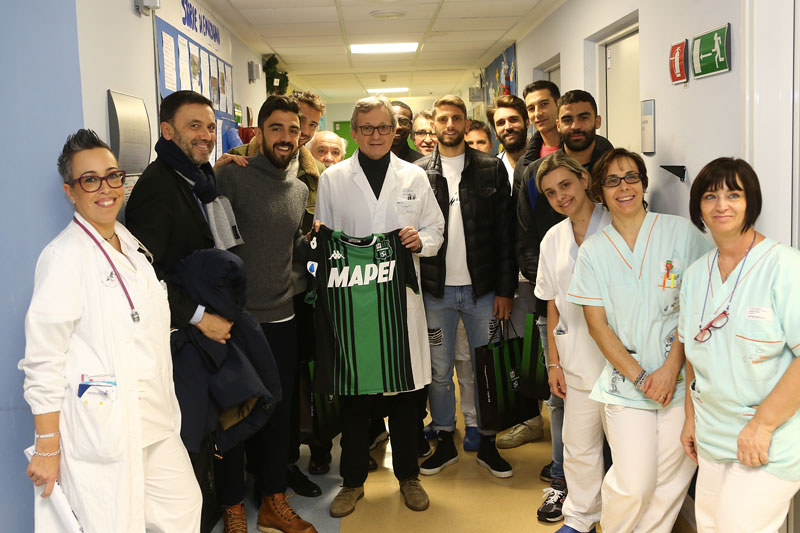