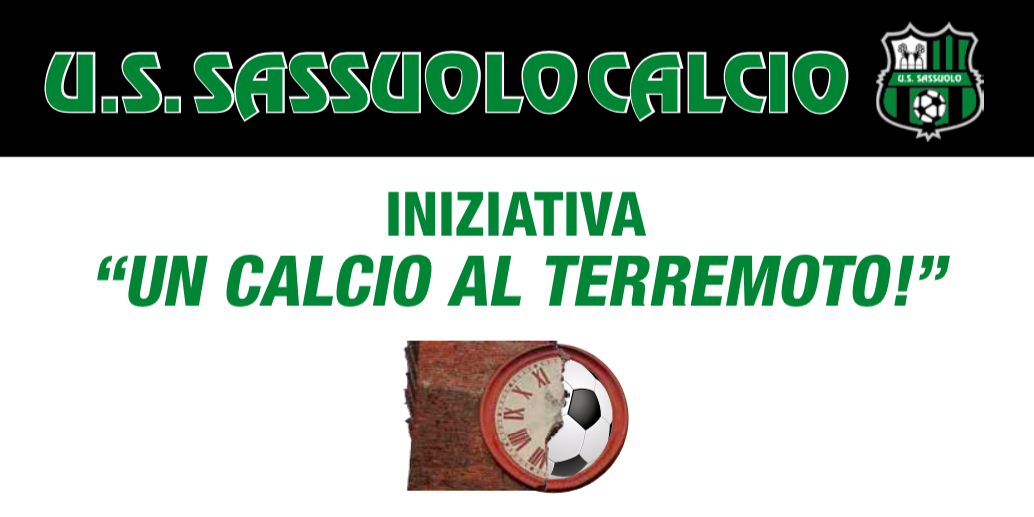 “Un calcio al terremoto” is the fund-raising initiative that Sassuolo Calcio activated during the course of the 2012/2013 season following the earthquake that hit Emilia in may 2012. The club’s aim was to finance projects promoting sport related activities in the area hit by the earthquake.

The initiative was tied to the 2012/2013 seasonal ticket campaign, during which a special 30 euro offer was reserved for Under-18’s and women as well as residents (men, women and children) of towns hit by the earthquake. All funds collected from the sale of these 30 euro seasonal tickets (after tax) were inserted in the “Un calcio al terremoto” counter together with other funds gathered through-out the season. In particular the income from the sale of special 2 euro tickets in certain matches reserved again for Under-18’s and women (including away supporters) as well as residents of towns hit by the earthquake.

Of the total sum 95,000.00 euro have been used to finance the following projects:

31,854,37 euro remain available for projects, initiatives and various fund requests regarding the world of sport in the areas that were hit by the earthquake. All funding requests and information regarding the relative projects or initiatives must be sent to the following e-mail address: ufficiostampa@sassuolocalcio.it