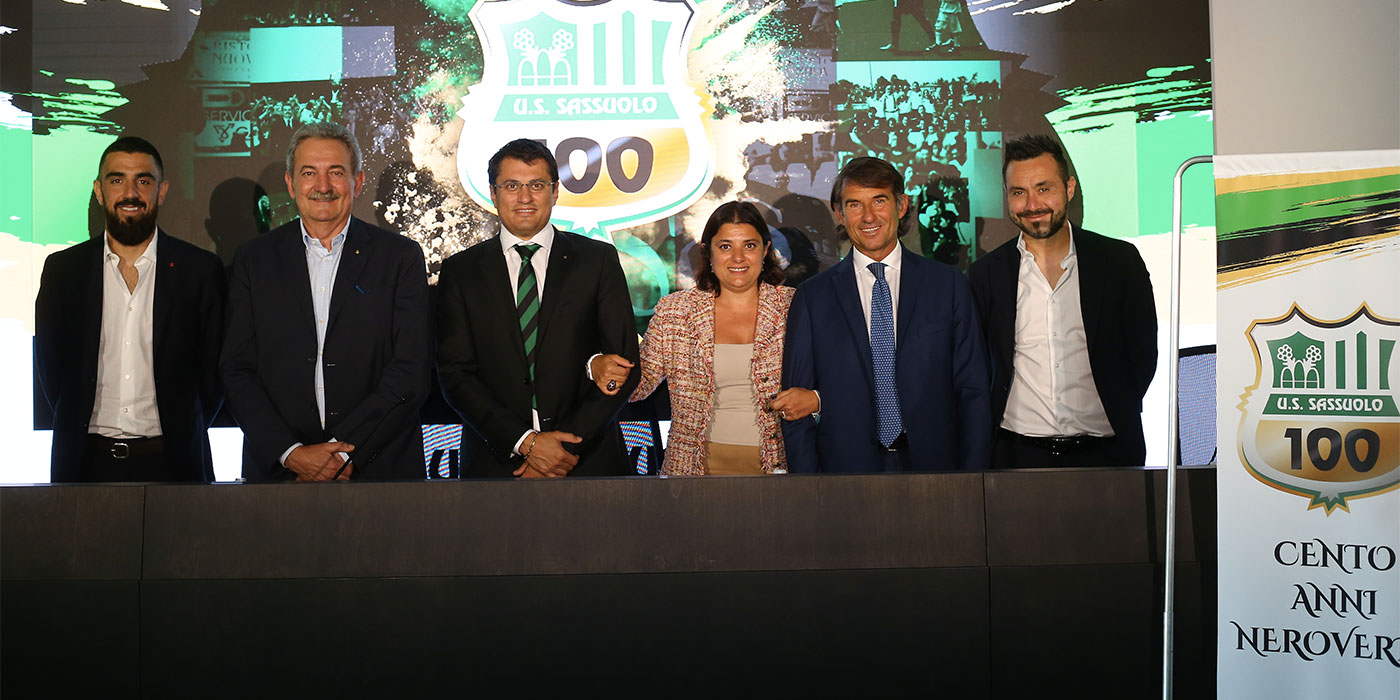 Today in Sassuolo, with a strongly institutional press conference, in the wonderful setting of Mapei Football Center, all the initiatives and projects that will take place over the next few months to celebrate the Centenary of Sassuolo Calcio were presented.

At the opening, the greetings and congratulations of the FIGC President, Gabriele Gravina, and the President of Lega Calcio, Paolo Dal Pino, who gave the right recognition to a “centenarian” club that will live its eighth consecutive year in the Serie A championship next season.

“The centenary is the best occasion to celebrate the past – the words of Gabriele Gravina in his video greeting – but also to look to the future with confidence and passion. Thanks to Mapei’s commitment and qualified management, Sassuolo has established itself as a club that operates with planning and innovation, a modern reality both on and off the field that has invested without distorting itself and preserving a strong bond with the territory. Stadium, sports center and youth development are fundamental assets that make it a point of reference in the national football scene“.

“Giorgio Squinzi brought this team all the way to Europe with a project that is an example for everyone. A sporting and entrepreneurial success – commented Paolo Dal Pino – thanks to a stadium and a sports center owned by the club and a strong leadership that has combined excellent results with sound business management. Giovanni Carnevali has achieved extremely important results, in fact Sassuolo is about to face the eighth year in a row in Serie A. Many compliments to the Squinzi family for the passion and enthusiasm shown for football and best wishes to Sassuolo”.

President Carlo Rossi did the honours and recalled some episodes of the club’s history.

“I want to thank all the athletes, managers, sponsors and fans – stated President Rossi – who in these 100 years have supported the football movement of this small club that has managed to compete with football realities that until a few years ago we didn’t even imagine. The contribution of Giorgio Squinzi and Adriana Spazzoli from Mapei has been decisive in achieving these results. Our Patron’s dream has always been to see Sassuolo in the Champions League, it is with this goal that we will continue to work with commitment and dedication to honor and thank him for everything he has done”.

The floor then passed to the black&green CEO Giovanni Carnevali: “It is a pleasure to have you here in our house, after what has happened in recent months it is certainly a positive sign. Tomorrow is a great day, the anniversary of our 100 years. Many people are not aware of the important history of Sassuolo Calcio, a club that has grown so much over the years. There have been many coaches, managers and players, but what remains is the club, led by a great ownership that has managed to create an important path in recent years, with a precise mission and great planning.”

The CEO of Sassuolo Calcio has anticipated what will be the main projects and initiatives related to the black&green centenary.

First of all, the centenary logo that will characterize the next season was unveiled: from the new jersey to all corporate communication material. As for the new jersey, which will be from a new kit supplier, the presentation is scheduled for the second half of August.

Tomorrow, Friday, July 17th , the new official black&green website will make its online debut from 5 pm: a portal that will speak 360° about the Sassuolo world, an important step for the digital development of the club.

References to the city and the fans are certainly not lacking: also in August, the first  Sassuolo Calcio Official Store will be inaugurated in the center of Sassuolo, a real reference for Sassuolo’s sportsmen and women, where they will be able to buy official products, subscribe new season tickets and buy tickets. In addition, on the occasion of the centenary, an exclusive line of merchandising that fans can find directly in the new store will also be produced.

For our 100th anniversary there is also the will to organize a big party in the city to welcome all the fans back, a project that will be worked on as soon as security regulations for the COVID-19 emergency will allow it.

Finally, the “Generation S” project will be launched soon, a great container of ideas for the youth world, with particular attention to social issues, in order to enlarge our community to include local sporting clubs and schools.

“I am happy to belong to this club and be the coach in the centenary year. When I first met Mr. Squinzi – recalls coach De Zerbi – he didn’t ask me for results but to play well, I’m happy to have kept my word. It’s a source of pride for me to be part of this family that improves year after year and doesn’t compromise with the result, maintaining the spirit and values of always“.

“I am deeply attached to this team, to this town and to the Squinzi family. So many things over the years – says Francesco Magnanelli – have not changed: familiarity, planning and never a step too far. Sassuolo has always been a forward-thinking company, showing that with courage and ideas you can achieve incredible results“.

Before Veronica and Marco Squinzi’s speech, Giovanni Carnevali made an important announcement that excited the whole audience:

“The Administration of Sassuolo, in agreement with Sassuolo Calcio, has considered as a worthy completion of the realization of the “Mapei Football Center” the start of the procedure of naming the access road to the center after Mr. Giorgio Squinzi. The process, which involves the Prefectural Scrutiny, has already been approved by the City Council of Sassuolo that we would like to thank for the sensitivity shown. The club has also decided to name the synthetic turf pitch of “Mapei Football Center” after Mrs. Adriana Spazzoli. The synthetic turf has recently obtained from the LND, competent authority in the matter, the certification for the official matches of the Youth and Women’s Sector, and is in the process of obtaining a similar certificate from FIFA for international competitions in the same sectors”.

“Today is a great and important anniversary for Sassuolo Calcio, a centenary that deserves to be celebrated with all honors. My brother and I are really very happy and especially excited to be here. I would like to thank President Carlo Rossi, CEO Giovanni Carnevali and the whole staff that follows the team on a daily basis. Thanks also to all the sponsors and our fans who, we want to emphasize, are the lifeblood, they bring us joy and support us in the results of which we can only be proud. What my father started in 2002 is a wonderful adventure. A lot of players and coaches have passed through here, all of them have contributed to making the history of this small provincial team that in a short time has projected itself into the excellence of football, but we certainly don’t want to stop now and we still have a long way to go. The sponsorship of Sassuolo Calcio was born as a debt of recognition to the district of Sassuolo and its ceramics. Thanks to their spread throughout the world, they have also contributed to the development of Mapei. Today Sassuolo Calcio is a fully-fledged part of our group and our growth strategies”.

To conclude, the greeting of Marco Squinzi:

“Thanks to the enthusiasm of this club, I’m falling in love with football. My father’s strategy will keep going and this is shared by the whole Squinzi family: the goals are increasingly important and ambitious. I’d like to end my speech with a motto that my father very often quoted: “To win together”, that is, all of us together and determined to achieve shared and ambitious goals“. 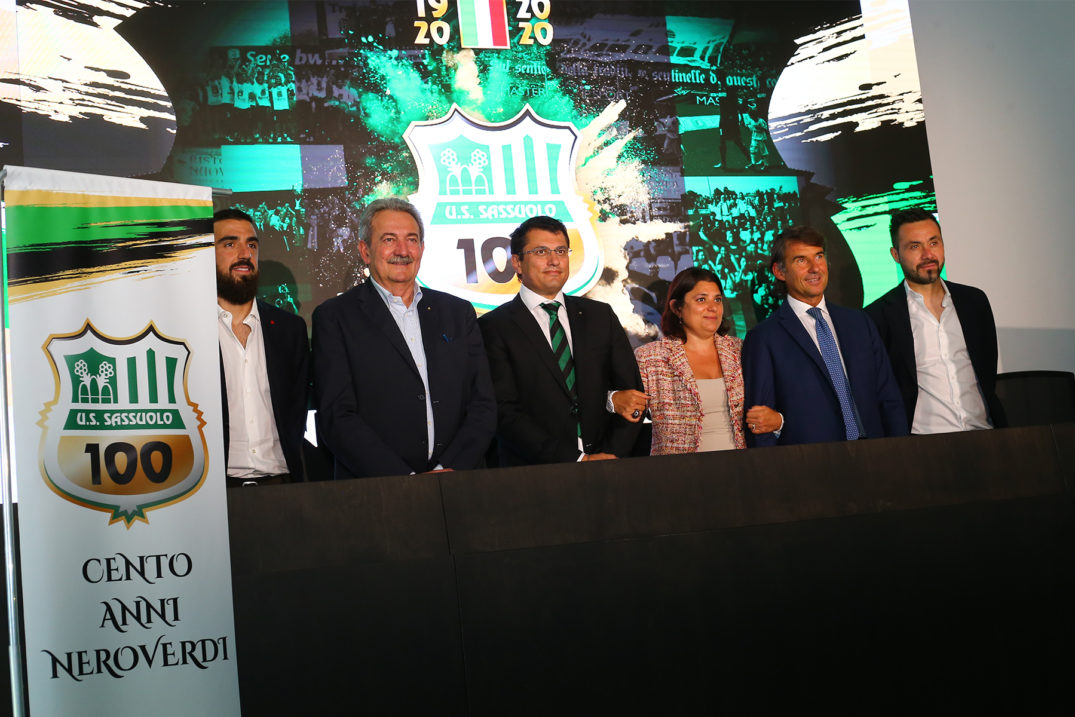 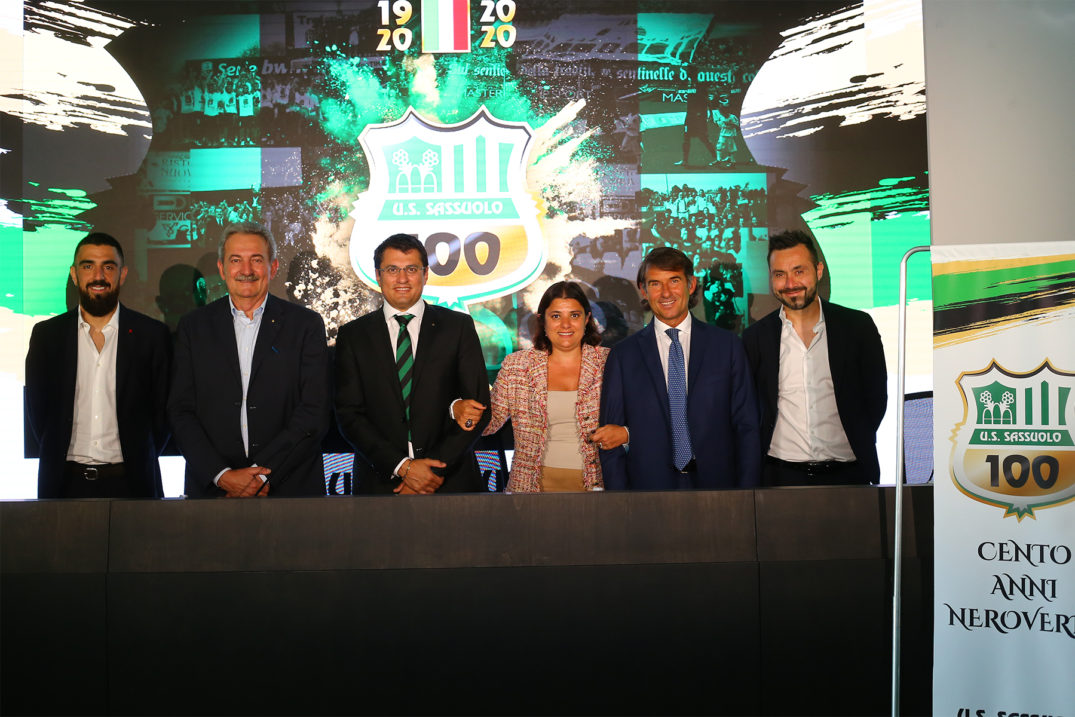 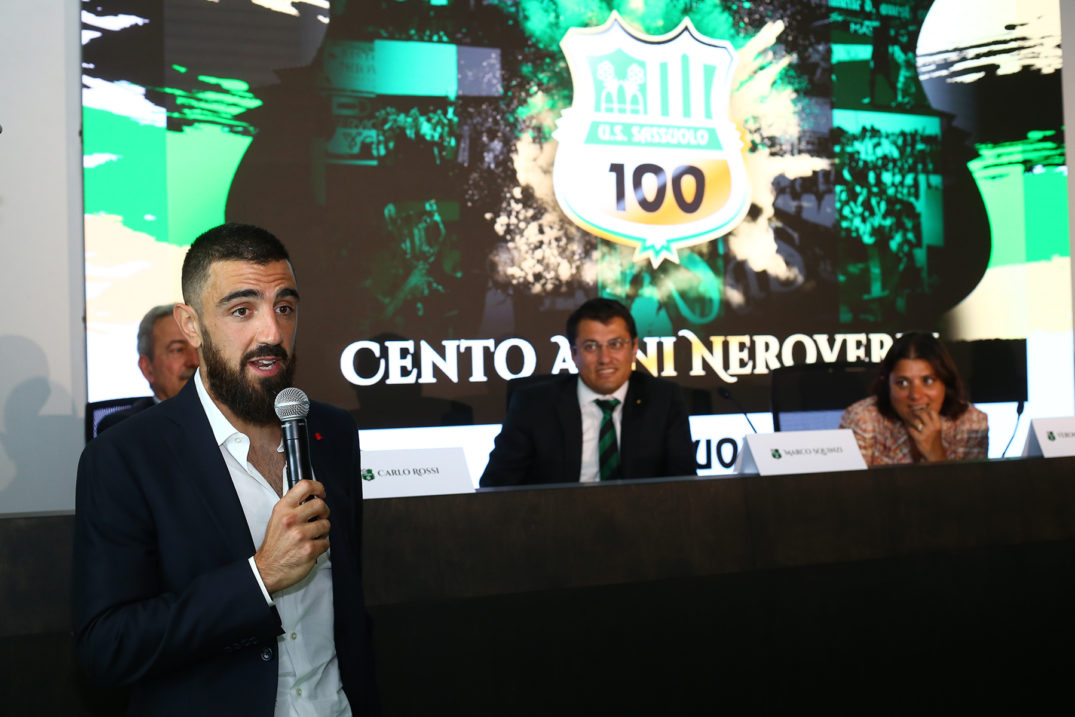 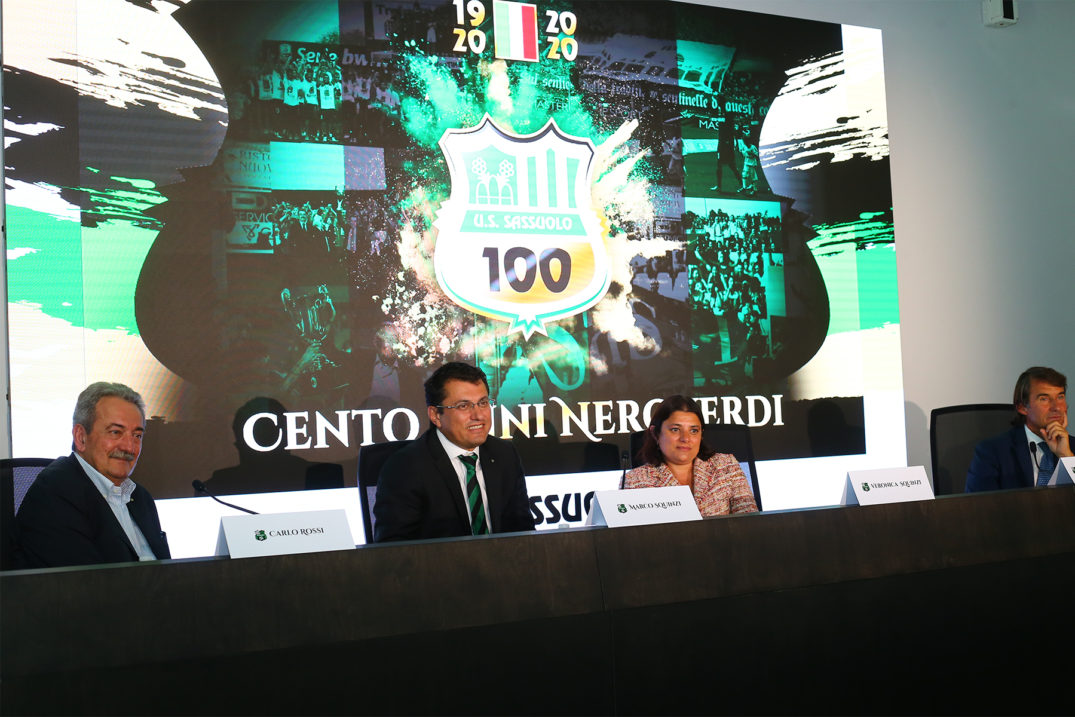 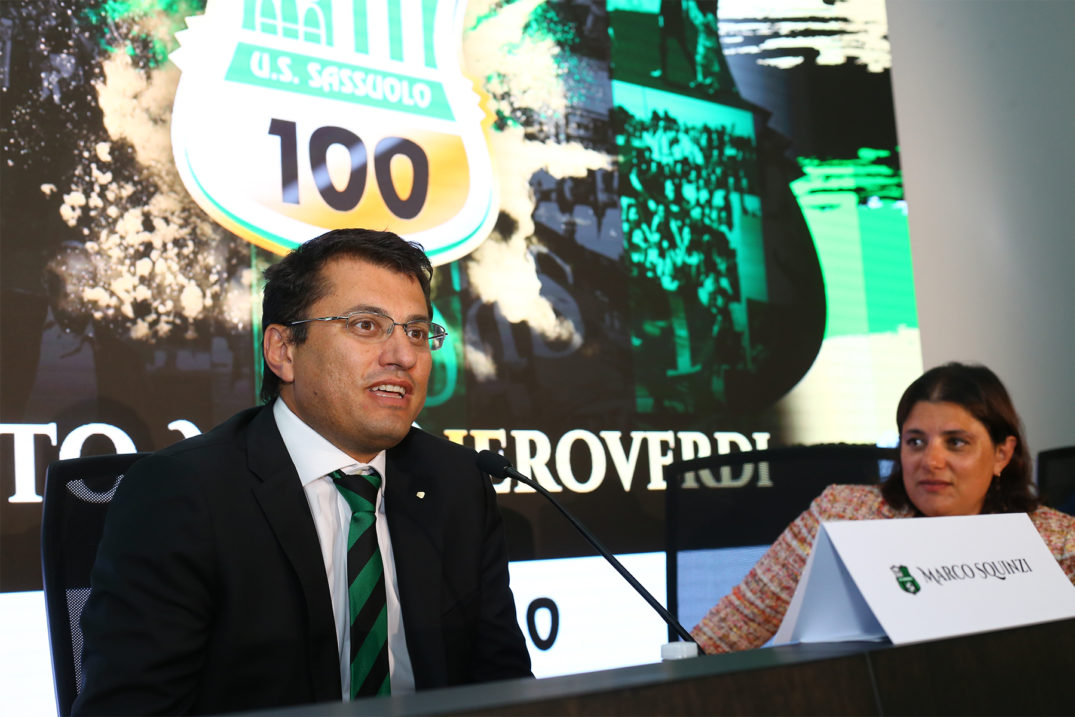 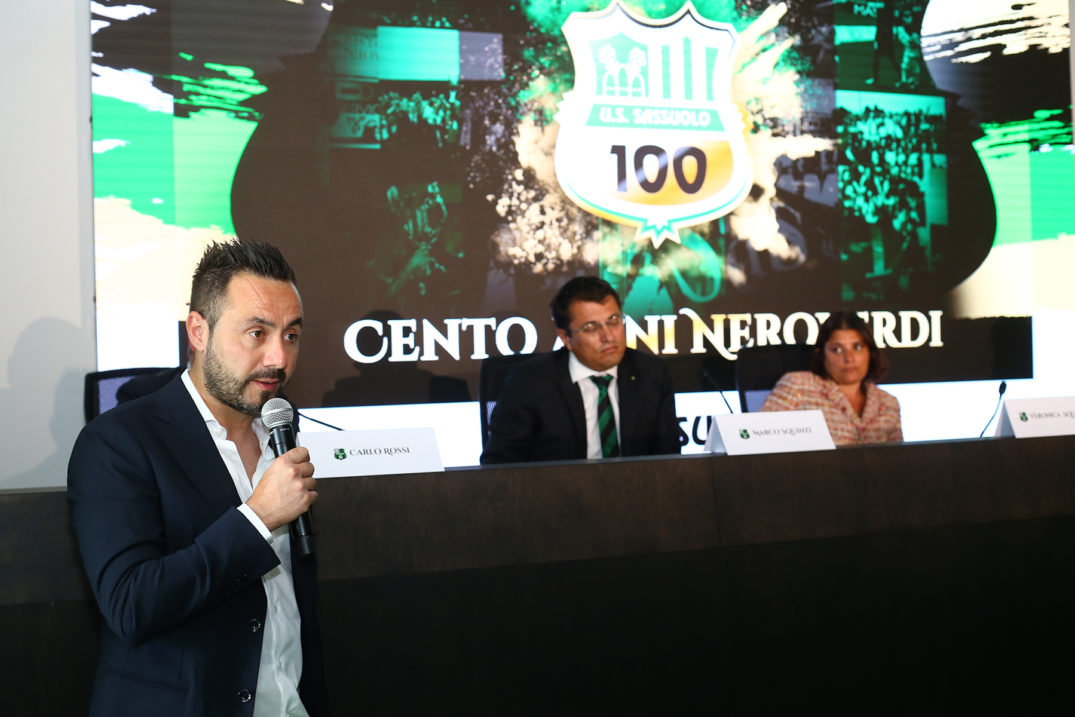 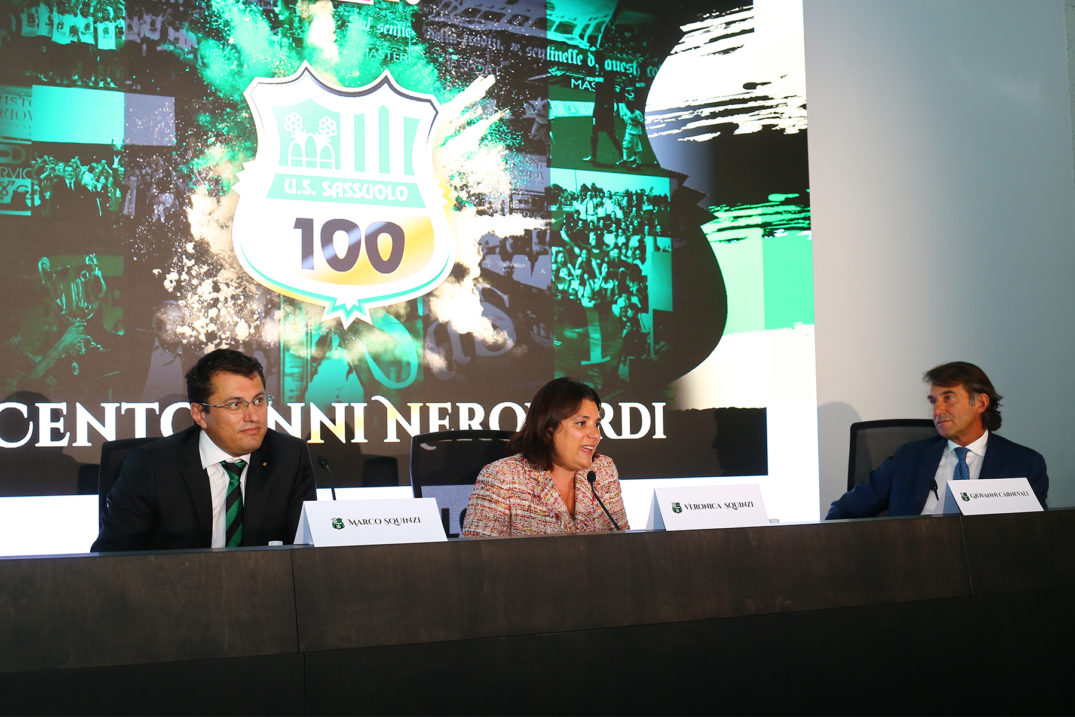 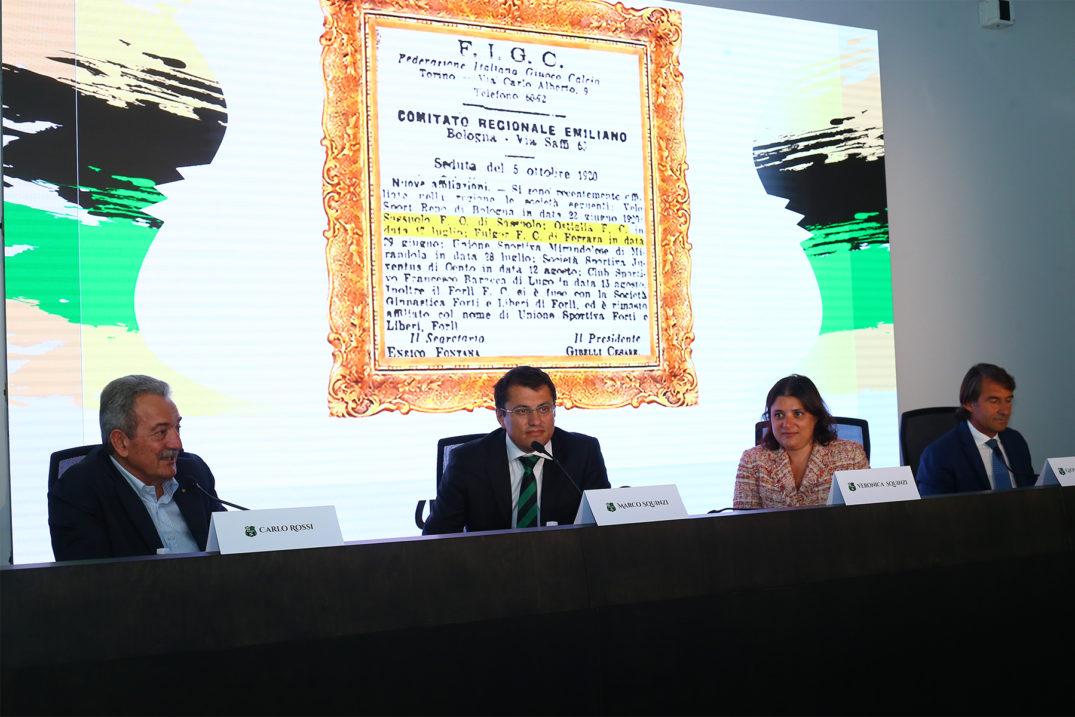 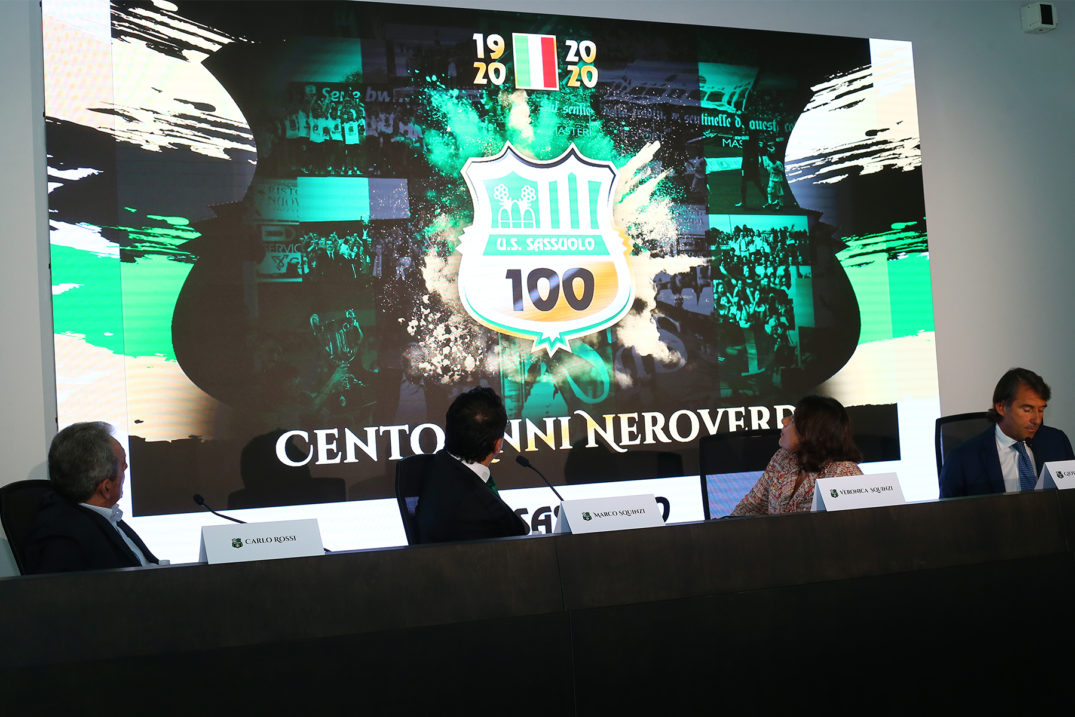 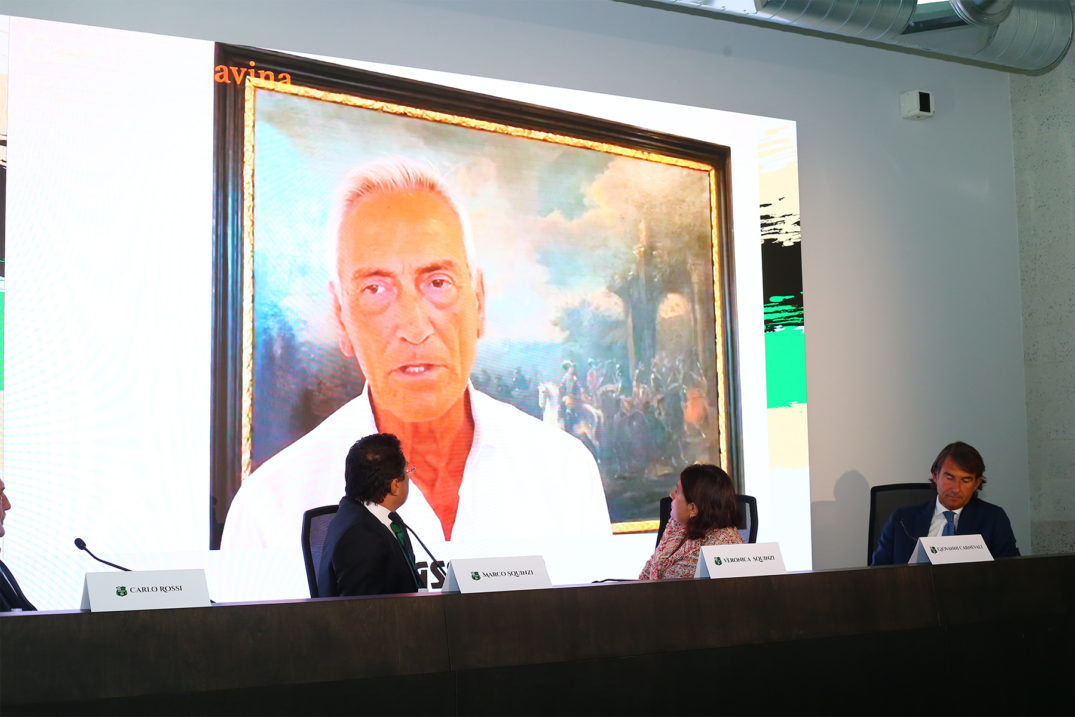 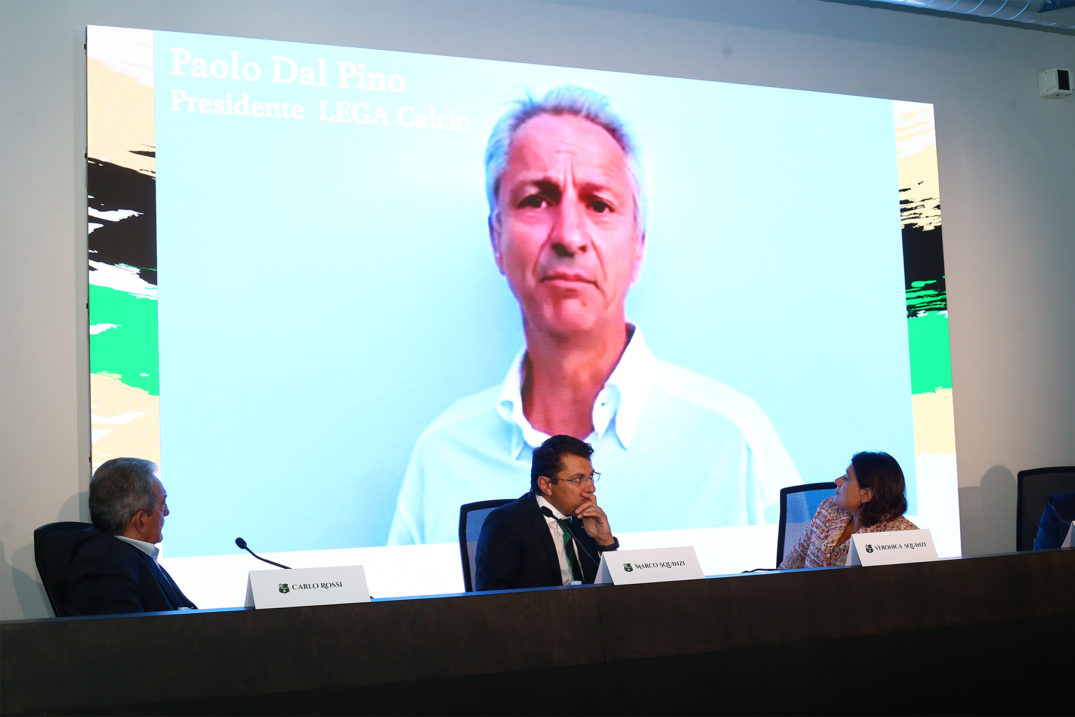