Mapei Football Center, 45,000 m² of training center, was born thanks to a convention between Sassuolo Calcio and the Municipality of Sassuolo, based on a 40-year concession of a municipality-owned area in Cà Marta to implement and manage a sports promotion plan.

The black&green training center is another important step on the club’s growth path.  After its owned-stadium, the club’s crown-jewel, which, in addition to the 6 Series A championships of Sassuolo, hosted the Women’s Champions League Final, the Italian National team and the Euro U21, Sassuolo Calcio has its new home: A state-of-the-art training center.

Thanks to the synergy with Mapei, Sassuolo Calcio has created a facility made of six pitches, one with a covered stand, which will host the training sessions of both the First and the Youth Team, a main building and two minor buildings. The main building is located between two football pitches and has the same length: on the ground floor, the public functions and the first team, on the first floor, the youth teams and on the second floor the club’s office.  For the construction of the entire training center, carried out by Colombo Construction srl on Onsitestudio’s project, the most innovative products, solutions and systems were used, as well as the qualified technical assistance of Mapei Group.

HOW TO GET THERE

From the A1 Highway Milano-Napoli, Modena Nord exit, take the Tangenziale (ring road) towards Abetone-Sassuolo. Follow the signs for Sassuolo. At the roundabout at the end of the ring road take the first exit and go straight on SP467 for about 2.5 km. At the roundabout that crosses Via Regina Pacis turn right, the entrance road to Mapei Football Center is on your right after about 400 m.

From Modena railway station take the TPER Modena-Sassuolo railway line or reach Modena bus station and take the suburban bus 670 or 671 in the direction of Sassuolo. When you arrive at Sassuolo station, take the urban bus C in the direction of Comet, get off at Ca’ Marta stop and walk (about 5 minutes) to Mapei Football Center. 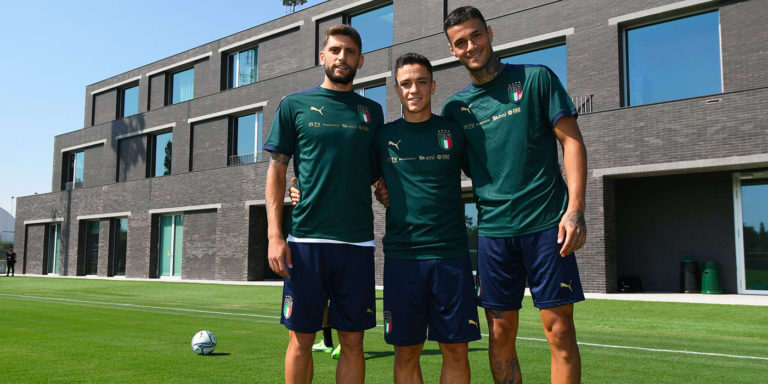 On the occasion of Italy-Lithuania, the qualifying match for the Qatar 2022 World Cup, which will be held this evening… 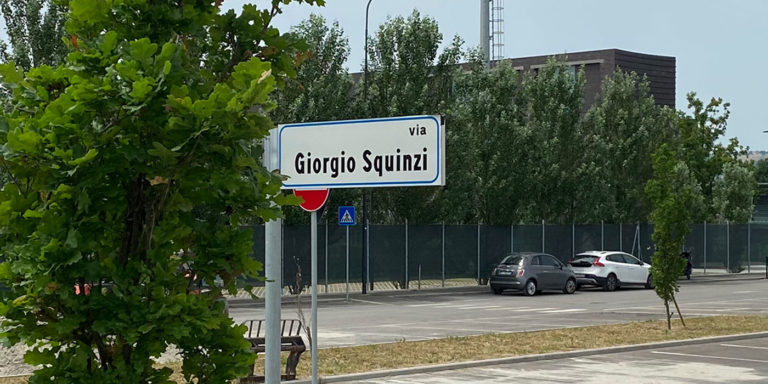 Mapei Football Center: the new address of the club’s legal and operational headquarters 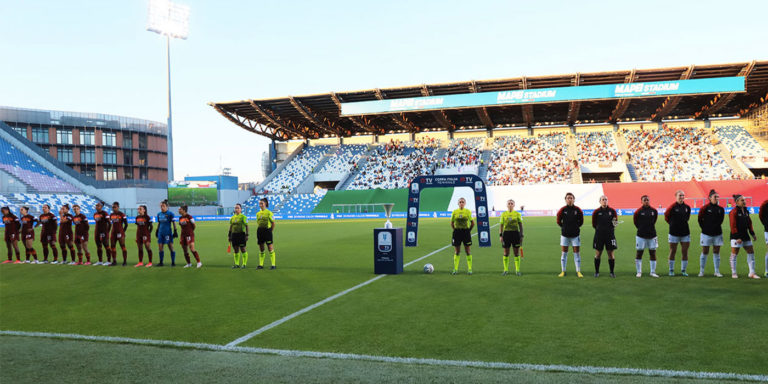 The Women’s week ends with the Coppa Italia Final 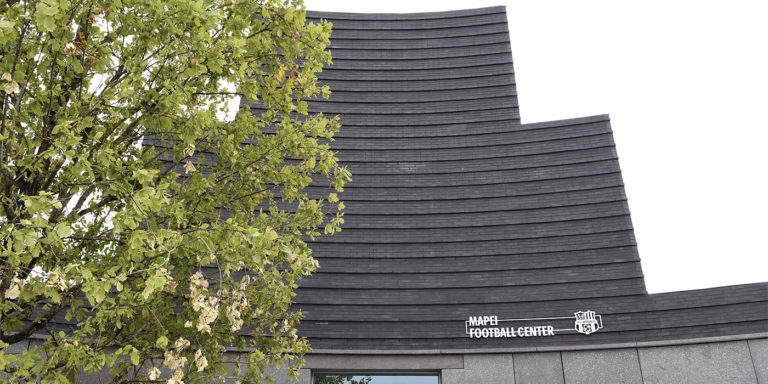 In Sassuolo a week full of women’s events 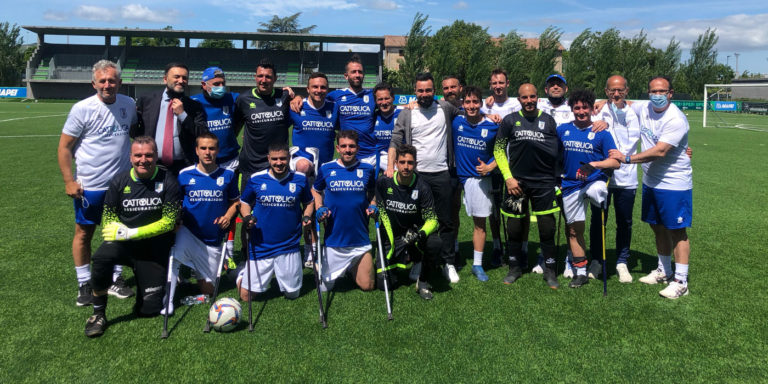 This morning, Mapei Football Center hosted the first gathering of the season of the Italian National Amputee Football team in… 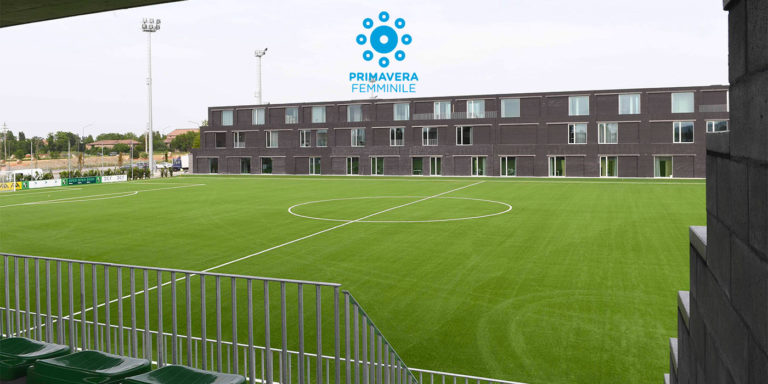 In the week leading up to the Italian Women’s Cup Final, to be played on May 30 at Mapei Stadium,… 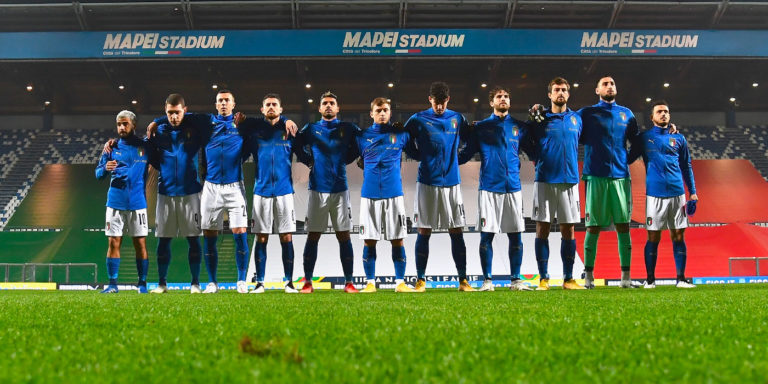 The Italian National team’s Sunday in the Black&Green world

Sunday, November 15th, 2020 was a beautiful black&green day for the Italian National Football Team. In the morning, the Azzurri,… 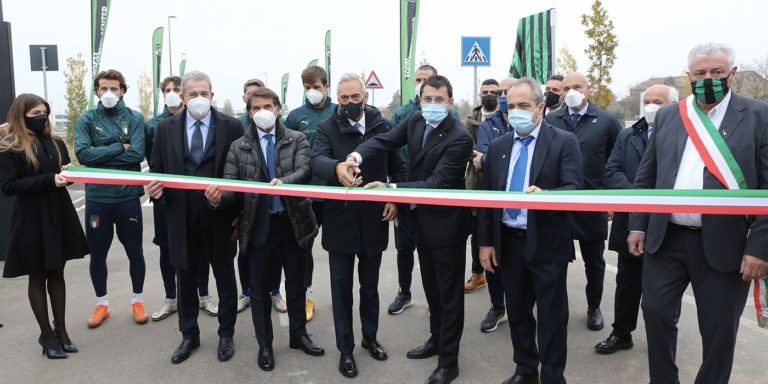 On the day of the UEFA Nations League match, to be played at Mapei Stadium, between Italy and Poland, the… 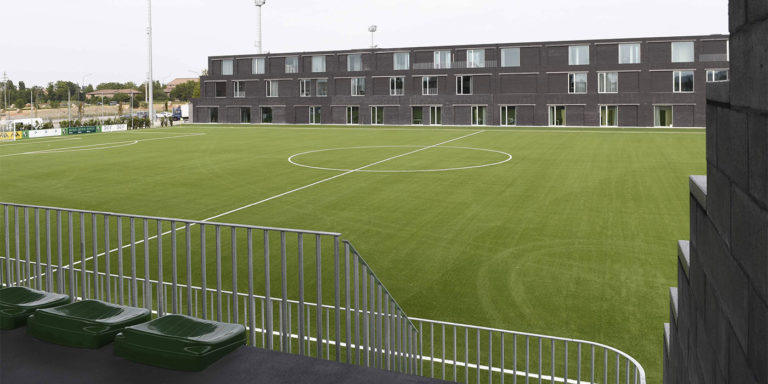 Sunday, November 15th will be a special day for Sassuolo Calcio: in compliance with all the rules preventing the spread…

On the occasion of the Nations League match, Italy-Poland, scheduled for Sunday evening, November 15th at 8.45 pm at Mapei… 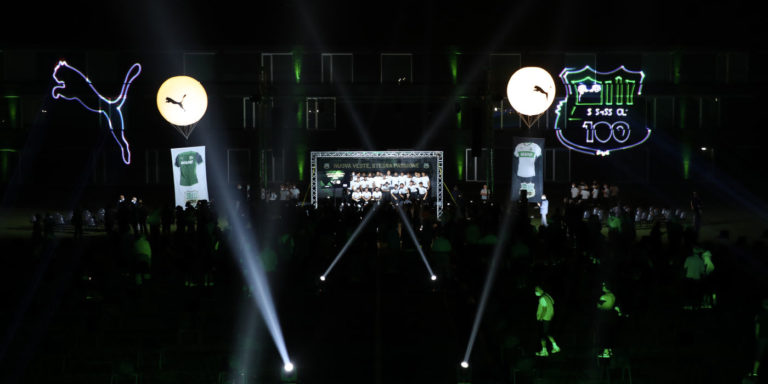 EVENING OF BLACK&GREEN LIGHTS AND STARS AT MAPEI FOOTBALL CENTER

First event at Mapei Football Center for an evening under the stars. In front of 300 guests including authorities, partners…

THURSDAY 9/10 BLACK&GREEN NIGHT “UNDER THE STARS” AT MAPEI FOOTBALL CENTER!

Sassuolo Calcio is pleased to announce that on Thursday, September 10th at 8.30 p.m. at Mapei Football Center (stands and… 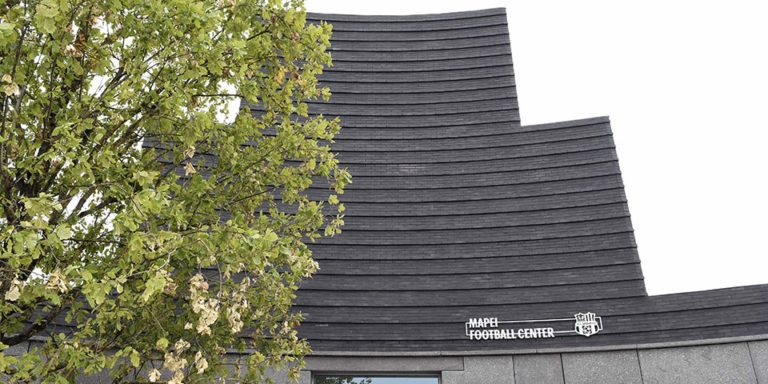 All human activities have an impact on the environment. One of them is the construction of a building. It is… 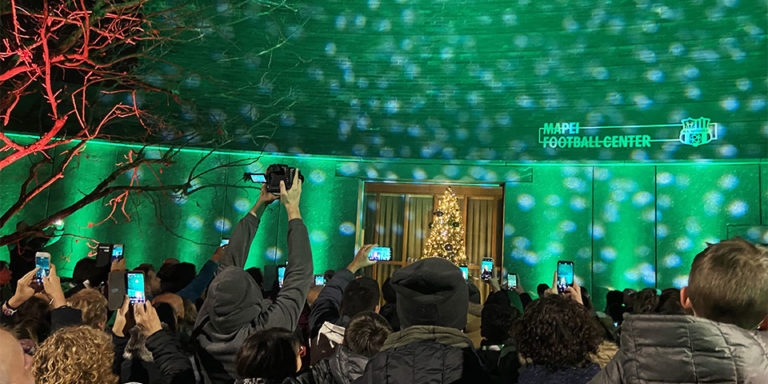 Christmas lights up at Mapei Football Center: many fans attending 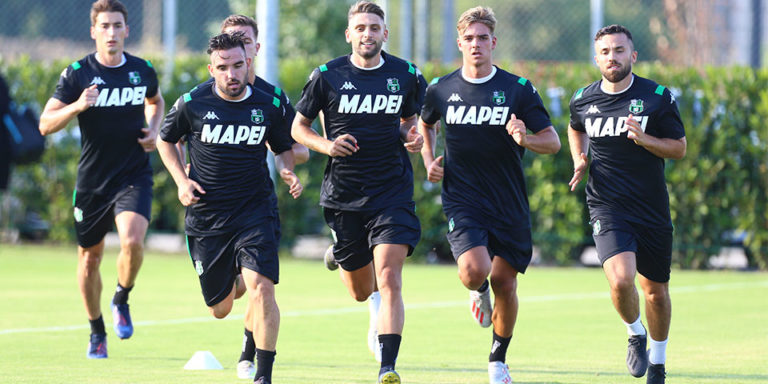 The first appointment of the season for Sassuolo Calcio, who met this afternoon at Mapei Football Center where they had… 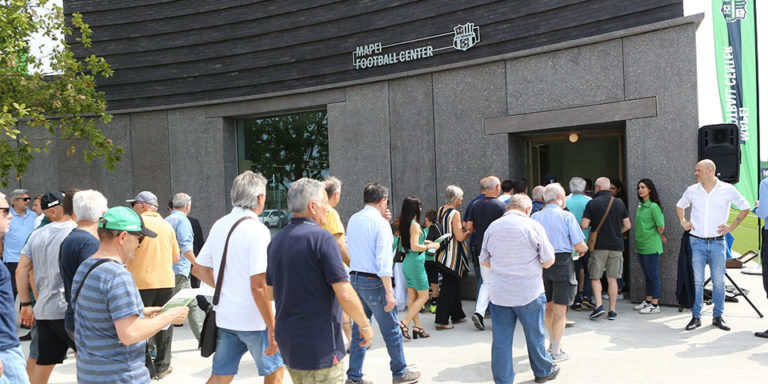 To complete an absolutely ‘historic’ day for Sassuolo Calcio, Mapei Football Center opened its doors to the public this afternoon… 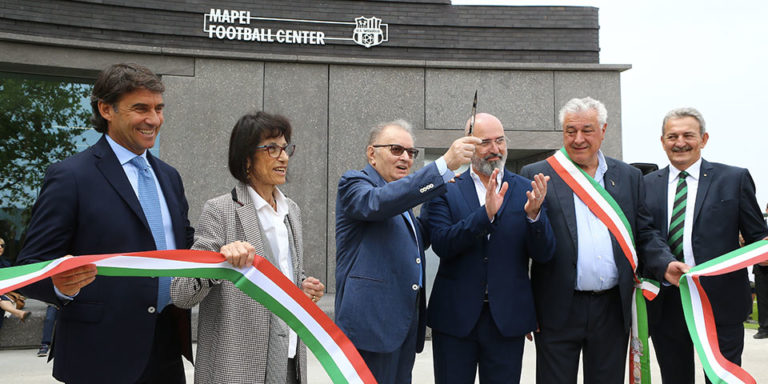 Mapei Football Center, the black&green training center has been inaugurated