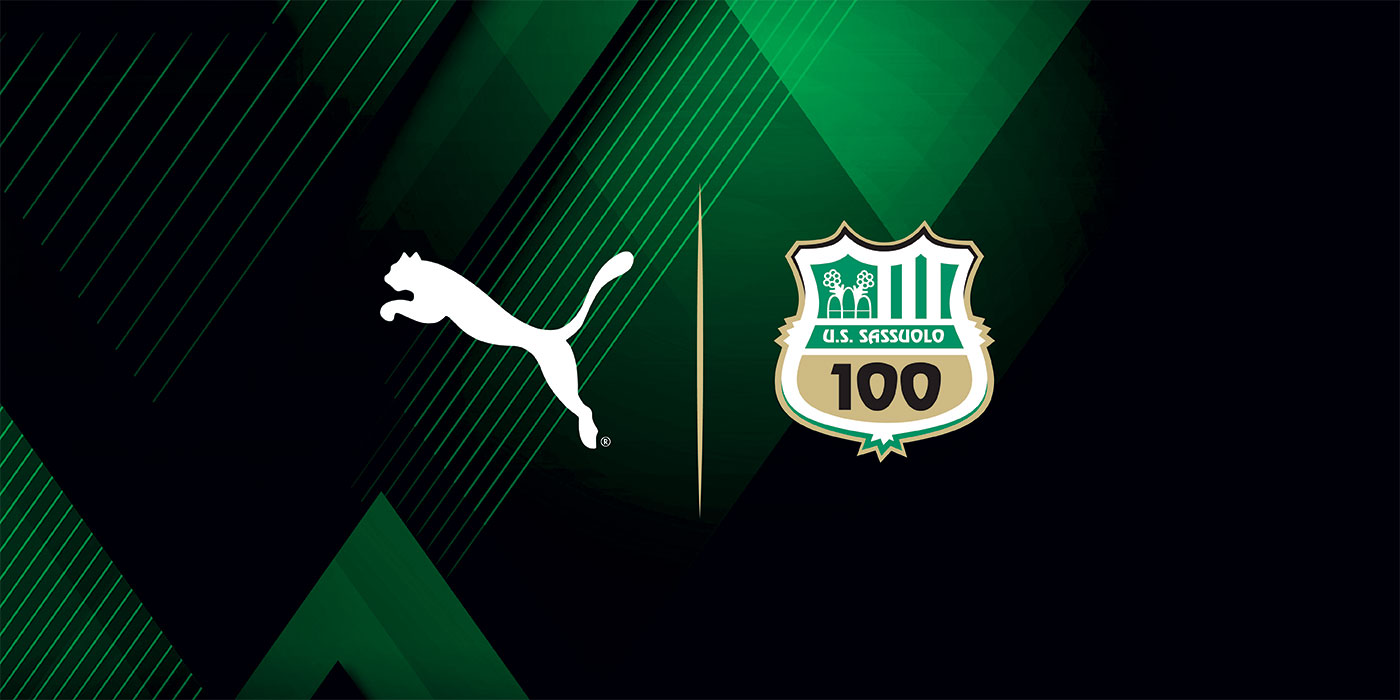 PUMA and U.S. SASSUOLO: THE SIGNING OF A LONG-TERM PARTNERSHIP

PUMA and U.S. Sassuolo Calcio announce that they have entered a long-term partnership involving the “official technical sponsor” of the men’s, women’s and youth teams of the black&green Club.

“I am extremely happy about this new partnership with a club like Sassuolo“, said Javier Ortega, General Manager for Southern Europe at PUMA. “The club has a young squad with renowned players and many promising talents, they play modern football and have a strong identity. They are among the funniest Italian teams to follow and side for as well as having one of the most interesting and sustainable club projects in Serie A. We are really looking forward to working with them.”

Founded in 1920, Sassuolo have been playing in Serie A since the 2013-2014 season and they achieved their best result in 2015-2016 thanks to which they qualified for the first time for the UEFA Europa League. On July 17th, 2020 Sassuolo Calcio celebrated 100 years of history in which the club has won a Serie B as well as a Serie C1 championship and a Serie C1 Super Cup. They have played 7 Serie A, 5 Serie B, 2 Serie C1 and 14 Serie C2 championships.

“We are excited and look forward to working with PUMA, one of the world’s leading sports brands. It is with great pride that our club partners with PUMA, with the clear objective of making more visible – even at an international level – a Club that, thanks to a strong ownership belonging to MAPEI group and a constantly growing project, is a reality that is getting stronger and stronger in the football scene“, said Giovanni Carnevali, CEO of US Sassuolo Calcio.

PUMA and U.S. SASSUOLO Calcio become partners in the year of the “Black&green Centenary” and together they have created the “Centenary Jersey”; thanks to the synergy between the two companies, the first Official Store of the black&green club will be opened soon.