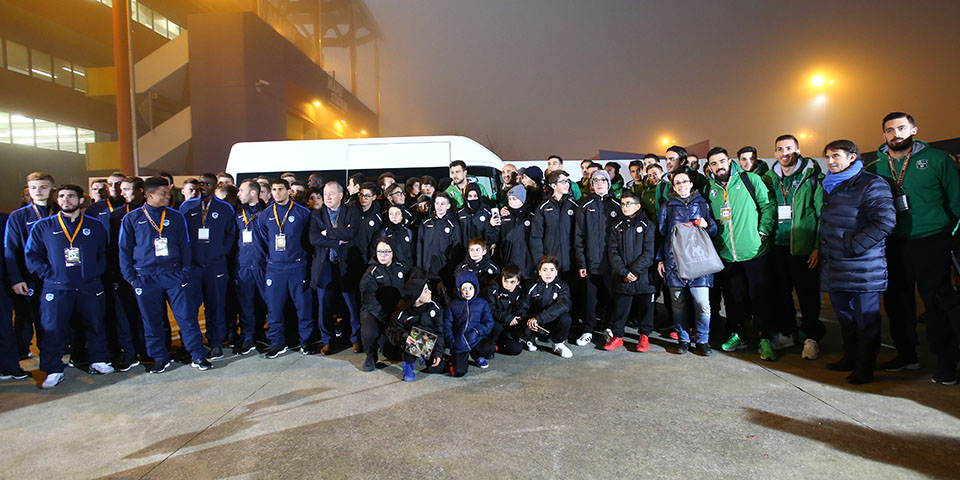 EuroSassuolo: the fundraising for Italy’s Heart

On the Europa League’s path, Sassuolo Calcio chose to support the populations of Central Italy hit by the earthquake on August 2016.

The initiative “EuroSassuolo for Italy’s Heart” aims to donate 2 Euros for each ticket or package sold for the three home games of the UEFA Europa League Group Stage 2016/17 against Athletic Bilbao, Genk and Rapid Wien, to be played at Mapei Stadium.

Sassuolo Calcio is proud to share with its fans the project to be supported by the funds raised from the initiative “EuroSassuolo for the Heart of Italy” together with KRC Genk and ARENBI ONLUS.

The project #unitalcentro will supply a means of transport to the kids and children of Arquata del Tronto Football Club so that they may continue to train and play on the grounds of Ascoli Picchio while their grounds host rescue structures and homeless families.

A gesture that is aimed at an important principle, not to let everyday life stop in general, and sports in particular for these kids, following a terrible tragedy like that of the earthquake that shock the center of Italy on the 25th of August 2016.

The club thanks it’s fans for supporting the initiative by buying a ticket for our first historical match in Europa League and those who will choose to do so for the remainder of the tournament.

A special thanks goes to KRC Genk and their fans for choosing to participate in the initiative, showing solidarity for a region outside of their nation but part of a great European family, by way of a solidarity project spread thanks to sports.

Finally the club would like to thank ARENBI ONLUS for the spirit of collaboration and seriousness shown in helping identify and carry out a concrete idea in such a short period of time, allowing the initiative to give an immediate helping hand to young athletes in the center of Italy.

The best of luck to the young boys of Arquata del Tronto Football Club for their upcoming season…… we are with them #unitalcentro!