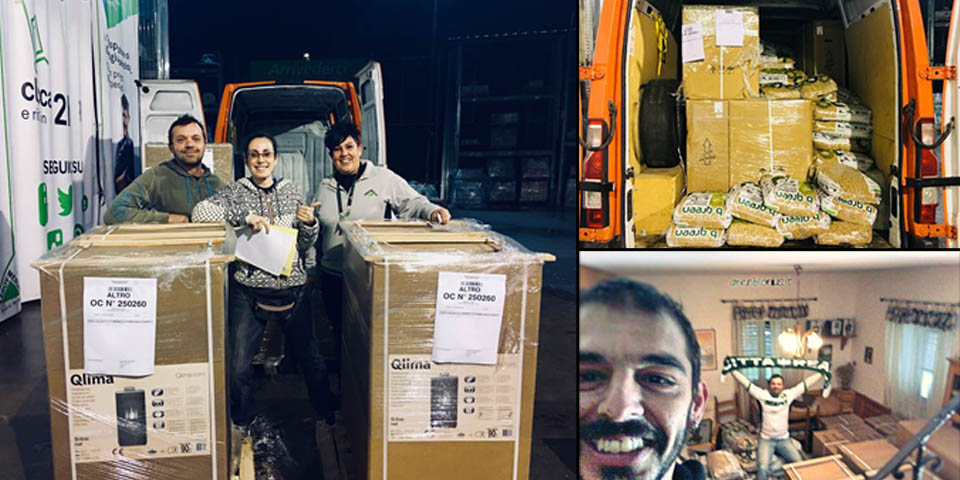 Sassuolo Calcio “warms” Christmas in the surroundings of Amatrice

During Christmas 2017, Sassuolo Calcio did not forget the people in the earthquake areas of Central Italy.

After the bus donated last season to the young footballers of Arquata del Tronto Football Club, thanks to the fundraising project “EuroSassuolo for Italy’s Heart” together with KRC Genk and ARENBI’ ONLUS and after the snow thrower made available for the Civil Protection during the bad weather that had hit many municipalities of the Marches, Sassuolo Calcio continues its work of solidarity and support to the families who are courageously still living in the most affected areas despite difficulties.

These people have found in the team of “La Via Del Sale Onlus” an anchor of salvation; This little Onlus has committed itself in recent months to give a roof to the less fortunates, succeeding, through the purchase and delivery of containers, in securing housing for more than 100 people.

However, these temporary houses are unfortunately not equipped with heating and air conditioning, which many of them have, cannot work below zero degree.

This is where Sassuolo Calcio, in cooperation with Arenbì Onlus, intervened by making available the amount needed for the purchase and delivery on site of 14 Stoves and more than 500 kg of pellets.

The stoves were delivered on Monday November 27th by volunteers of “Arenbì Onlus” and handed over to the team of “La via del Sale Onlus” in an accessible house near Amatrice and are currently delivered ‘door-to-door’.

The first ones to receive it were Giancarlo (di Cascia), Marco (di Scai) and Silvana’s Bar in Città Reale: Silvana couldn’t resist, she shouted “Forza Sasol”!!

A solidarity Christmas which, once again, is black&green.