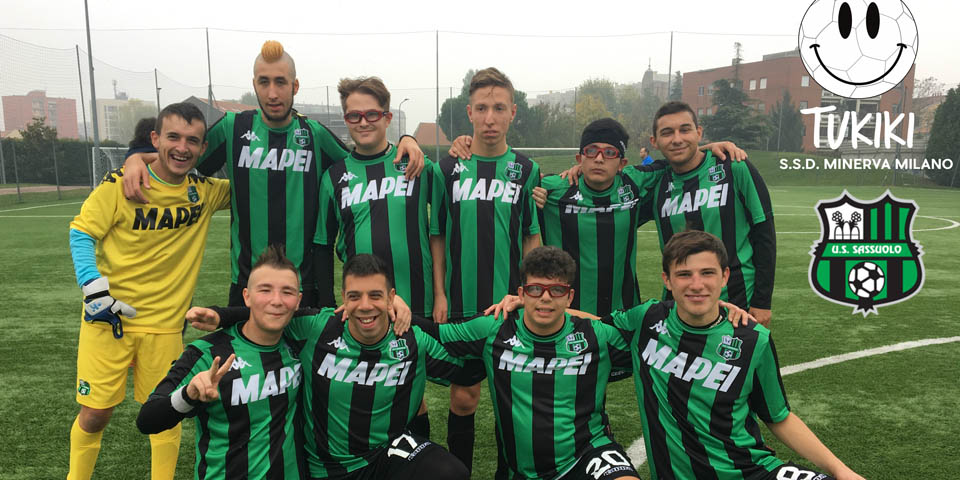 On January 18th 2017, the Senate of the Italian Republic was presented with the new Fourth Category championship, the football tournament for disabled people of which Sassuolo will be a stakeholder thanks to the adoption of the Tukiki Minerva team of Milan. The black&green are among the first eight teams of the Seria A TIM, ambassadors of sports values and social integration, to have adopted a club:

These clubs answered without hesitation to the call #iovogliogiocareacalcio, opening up their doors and allowing the Fourth Category footballers to play on the pitch with the original clubs’ kits. It has also been announced that there will be specific trainings for coaches who want to train athletes with disabilities in order to guarantee highly qualified and prepared coaches to the players.

The choice to play all games of every single Match Day on the same day and in the same place stems from the will to help the players grow and improve not only from a football and motor point of view but also from a social and relational one, enabling them to confront each other and be together. The games will last 30 minutes with a break of 5 minutes between the first and the second half.